Use of Cables on Aircraft – Part 3 – Testing

To continue the series of articles on NEMA27500 cables discussing their use on aircraft (part 1 and 2), this article focuses on the several tests that are necessary for cable verification and certification.

There is some level of performance verification for each part of an aircraft cable. Most cable assessment tests focus on the performance of additional cable components (jacket and shielding) and not on the basic wires that make up the cable. The reason for this is that the basic component wires are separately certified as individual wires. But when focusing on testing a completed cable construction, there are six ways that a specimen can be tested and/or stressed: electrical, thermal, chemical, mechanical, workability, and/or environmental. Here we review some of these cable assessment tests, what they are, and what they aim to evaluate. 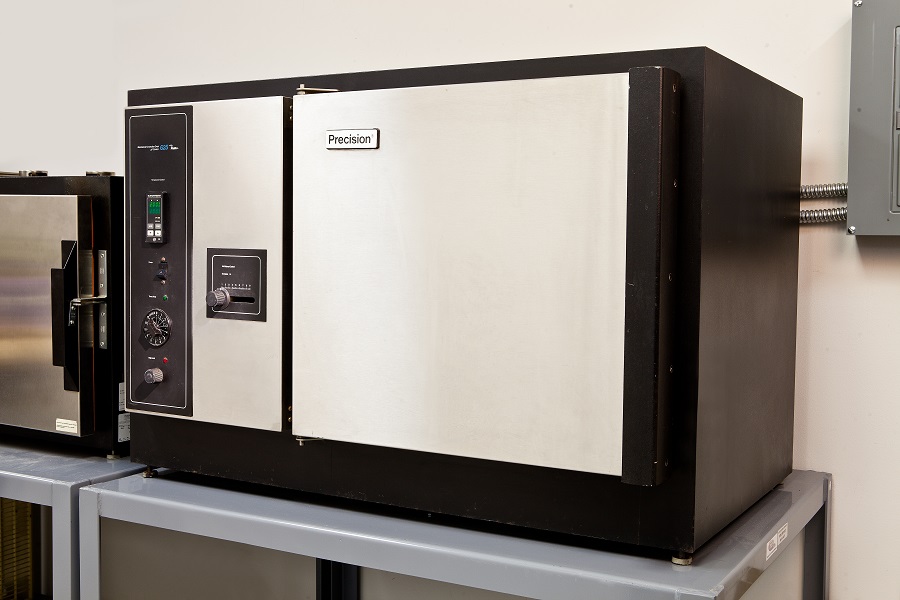 One of the primary means for assessing any wire/cable is a dielectric test. For cables, the jacket is the primary component that is assessed with the dielectric voltage withstand test. The key when this test is performed is where and how the test is performed. If the specimen is a shielded cable, then the test is performed with the voltage applied to the shield and ground in a water bath. If the cable is not shielded, then the basic wire ends are stripped, the conductors twisted together, and connected to the voltage.

The dielectric test checks the cable in two ways: first, it checks the jacket integrity (if fluid ingress is possible); second, the test identifies jacket defects such as gaps or thin/weak parts of the jacket. This test is done both as part of cable qualification and assembly line product inspection.

Some of these tests can be completed in a few hours, while other thermal stressing tests may take days/weeks to complete.

Outgassing is just as important at the cable level as it is individual wires, perhaps more so. When low fluorine outgassing is examined at the wire level, the consideration is particularly directed toward the silver platted conductors. As discussed in the first article in this series, shielding may be plated with nickel, tin, or silver. Those shields that are plated with silver are susceptible to red plague.

Just as the ability to easily and reliably remove wire insulation is important, so it is with the jacket. To be deemed acceptable, the jacket must be able to be removed with less force than identified in the specification. Jackets with stripability forces greater than the specification can place additional burden to harness fabricators and maintainers. In particular, high strip strength can result in damage being caused to the cable because a user is more likely to damage other parts of the cable.

The rigorous testing of aerospace cables is not something that came about lightly. A great deal of trial and error was involved in defining their performance of these cables, and what areas were worth assessing at the initial and re- qualifications of these components. Since there is a broad range of cables and performance characteristics of each of these cables, please feel to contact Lectromec if you have a need for assessment, testing, or recommendations.