In past articles, we have talked about a comprehensive assessment of Electrical Wire Interconnected System (EWIS) Service Life Extension Program (SLEP) that is possible with following the guidance laid out in MIL-HDBK-525. One of the areas that Lectromec did not cover thoroughly in these articles is what to do five or ten years after the EWIS SLEP has been completed. After all, aircraft changes were made with the expectation of improving EWIS reliability and ensuring EWIS reliability has a direct impact on aircraft reliability.

Here we consider what can be done with the reassessment of an aircraft’s EWIS for SLEP efforts, how the effort can be approached, and how to take the next action for EWIS sustainment. 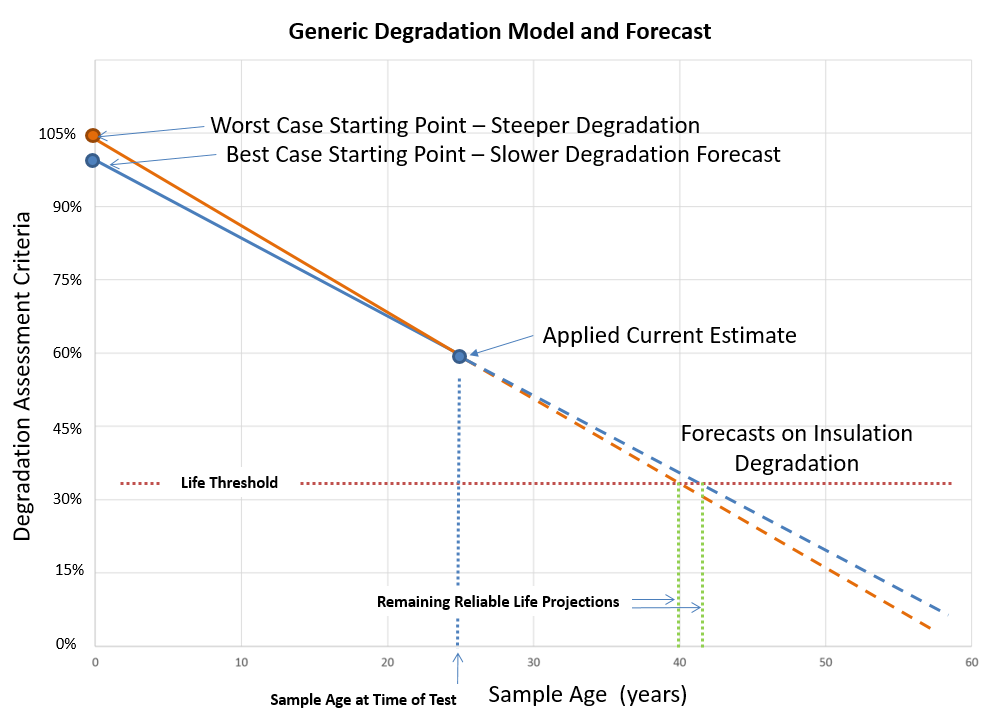 EWIS reassessment will be necessary to ensure reliable system performance. The time between subsequent assessment is dependent upon the EWIS condition.

The first place to start when thinking about an EWIS reassessment is to consider the following questions:

With these preliminary questions considered, we now move to the EWIS sampling.

What needs to be sampled for assessment?

In the first EWIS assessment effort, it is common that several zones within the aircraft are evaluated. The selection of these zones is dependent on several factors including accessibility, criticality of contained system wires, the number of maintenance issues, etc. In any subsequent assessment, the question is often how much should be reassessed. How many zones to be tested is partially dependent on the actions taken and the results of the previous assessment. Here we consider four options for each of the aircraft zones.

For the #4 configuration from the above table, the reason that this is defined as a case by case basis relies on factors such as the system criticality and how much longer than ten years the wiring was assessed to be good for.

As with the original assessment, the reassessment can be performed with as little as 12 feet of wire. This wire can come from the existing wire installed in the aircraft, or can be taken from a length of wire placed into the aircraft during the last assessment (this ‘additional wire length’ can act as a measuring stick to provide representative aging profile data on the zone conditions between assessment cycles). The wire is then tested through chemical, electrical, and/or mechanical means, reviewed against past data, and Lectromec’s degradation model output.

The last area that is considered is the results of the degradation assessment. If, for example, the first assessment identified a twelve-year reliability of Zone X, but now, after five years, the prediction places the end of reliable service life at ten years (a total of 15 years from the first assessment), then the model has shown to be conservative by 15%. Whatever the cause of the variability, the model prediction will be improved and can better forecast the aging of other areas within the aircraft. Depending on the platform’s particular reliability goals, this reassessment can be performed at 5 or 10 year intervals.

Historically, when Lectromec has performed reassessments, the results have often been found to be within 15% of the original projections.

Progressive EWIS assessments can create a sustained, reliable, wiring system allowing for directed maintenance actions to be taken. How the EWIS assessment is performed will vary from platform to platform, but the goal remains the same. When planning that next assessment, consider where the aircraft is in its lifecycle and if a greater understanding of the future would benefit the fleet. For any questions or guidance on EWIS SLEP assessments and reassessment planning, please contact Lectromec.