On May 2013, a US Air Force MQ-1B General Atomics Predator aircraft crashed north of Creech Air Force Base in Nevada. The estimated loss was over $4.5 million. This is a good example of EWIS failure. Below are some of the key EWIS-related findings from the United States Air Force Abbreviated Accident Investigation Board Report.

Five and a half hours into the training mission, “the propeller pitch decreased to -3 degrees” causing the aircraft to descend at 1,000 feet per minute. Eighteen seconds after the uncommanded change in pitch occurred, the pilot “received a propeller pitch servomotor failure caution message”. This suggested that there was an error with the servomotor that controls the pitch angles of the propeller. After two minutes of uncontrolled flight, the aircraft crashed.

The conclusion of the investigation team was that a cable soldered to the inductive coils of the aircraft’s variable pitch propeller (VPP) servomotor had become fatigued and “most likely resulted in insufficient and/or inconsistent current to the VPP servomotor to control propeller pitch”. This is supported with evidence of “cold or unclean solder joints and/or stress, including the following: cracks, discoloration, absence of solder flow within the strand of the wire, and lack of proper bonding.” 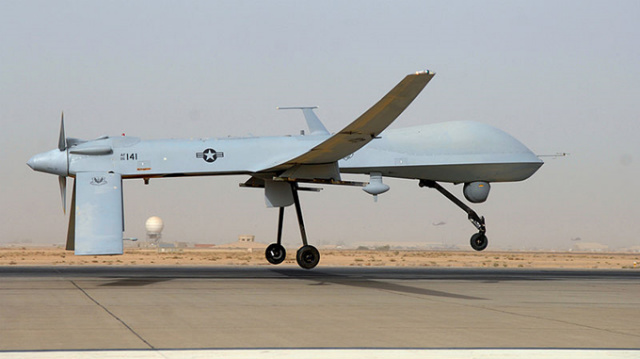 Even drones can suffer EWIS failure

Even drones can suffer EWIS failure

Further evidence in support of this conclusion was the data logs showing that the temperature rose during the 5.5 hours prior to the crash.

Review of the incident also found evidence of this fatigue as well as heat damage to the over-braid shielding for the cable. This is a common result of a poor contact (high resistance point creating heat) and/or series arcing.

The manufacturer of this aircraft, General Atomics, had released an alert bulletin, prior to the incident, for the inspection of a cable assembly, which is connected to the servomotor.

Finding weakened solder joints is a difficult task that can impact system reliability, and as seen here, can result in complete system failure. This is why it is critical to ensure that quality soldering is performed at the time of fabrication. Selecting the correct combination of solder and conductor type is important for reliability. Also, the harness installation should seek to remove any unnecessary strain on the harness. Lastly, maintenance actions should seek to avoid unnecessarily stressing soldered components.

Michael has been involved in wire degradation and failure assessments for more than a decade and has written over 100 EWIS-related articles, technical papers, and research reports.