Aircraft wire degradation and looking in the arc

Those who have witnessed electrical arcing and aircraft wire degradation first hand know the feeling of the intense heat radiating from the arc location, the screeching sound (AC arcs), and the bright flash that leave you visually stunned for several moments. The problem with recording these events is that the arc flash is often so bright that it saturates the camera and therefore limits the usefulness of the recording.

With a better understanding of these factors, it is possible to improve separation requirements and modeling tools (such as Lectromec’s Arc Damage Modeling Tool (ADMT)).

For the testing described here, the objective was to examine the arc plume generated by a wire failure. Although Lectromec has done thousands of arc damage assessment tests, this was the first time that we had access to a UV-filtered high speed camera. 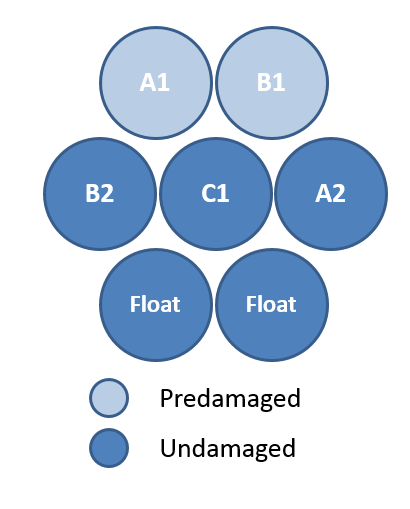 The setup shown here is that of an 8AWG wire harness. This harness setup is very similar to the configuration of a standard AS4373 Wet Arc Track Resistance test. The following figure shows the harness configuration. The wires were prepped in such a way that, once the power power was applied to the system, the arcing would initiate.

Above this harness was a 0.5” OD aluminum tube placed in parallel with the wire harness (this is counter to good design practices). The separation distance between the tube and the wires was 1.0”. 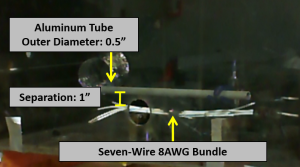 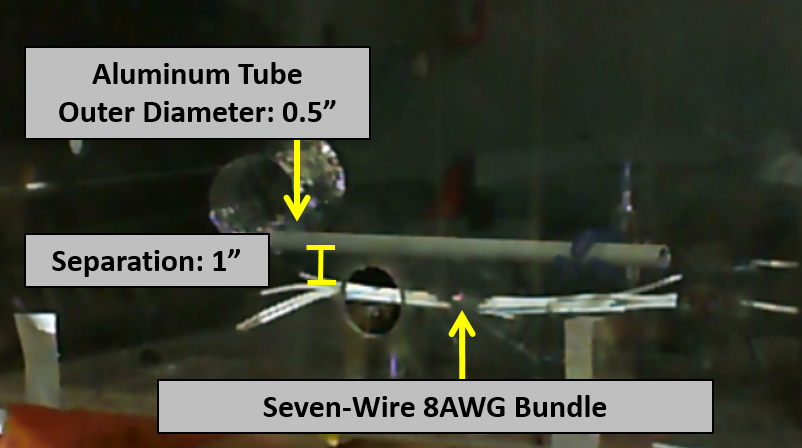 The following video used a high speed camera at 1000fps. While watching the video, note the chaotic nature of the arcing plume and how much of the ionized gas wraps around the target.

The area of the arc plume that is illuminated in the video has been UV filtered and only shows the hottest parts of the plume. If an infrared (IR) camera had been used, it would have been saturated due to the released energy (testing performed by the FAA showed this to be the case).

The hot ionized gas from electrical arcing can span more than an inch of separation distance. Past testing performed by Lectromec has confirmed this, but this is the first time this detail was captured on video.

This test and the other supporting research that Lectromec has conducted in this area are used to quantify arc plumes and the subsequent arc damage. This data is integrated into our Arc Damage Modeling Tool (ADMT).

Lectromec has the capabilities to help your organization define the safe separation distance from your wiring system. Contact us to find out more.