Previous Lectromec articles have focused on certain parts of system design such as the physical separation between systems. In particular, the articles have focused on the wiring. In this article, we will switch our attention to a different, but no less important, area: the Electrical Wiring Interconnect Systems (EWIS) connector assessment. Specifically, we will examine bent pin analysis for aircraft wire systems. 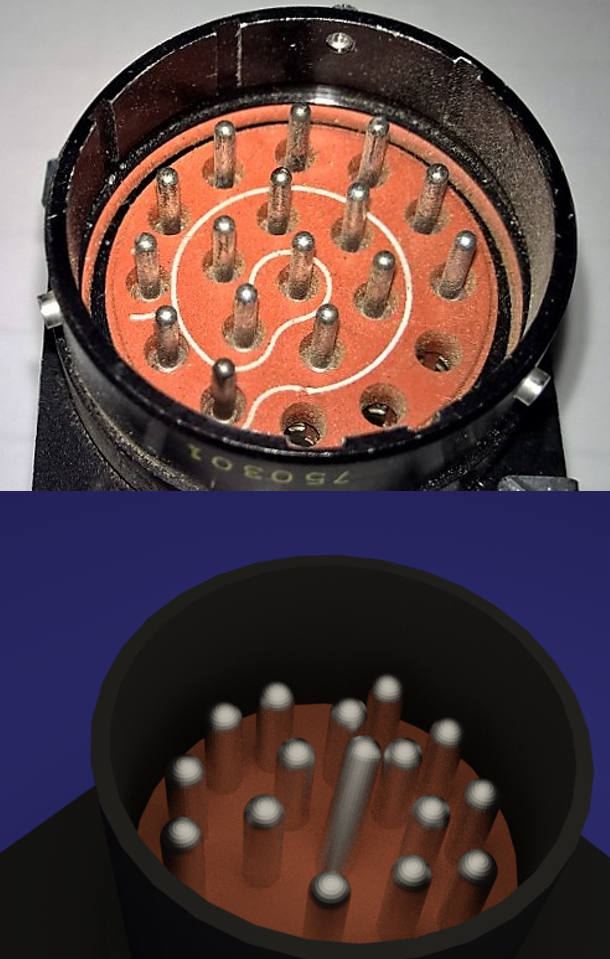 Review of each connector can be a time consuming process, but a necesary one as part of a thorough EWIS risk assessment. The top figure shows a representative 16-pin connector. When performing a bend pin analysis on this configuration, the simulation found the potential for 6 pin-to-pin shorts from the center pin. No multiple pin shorts were possible from the center pin location.

Review of each connector can be a time consuming process, but a necesary one as part of a thorough EWIS risk assessment. The top figure shows a representative 16-pin connector. When performing a bend pin analysis on this configuration, the simulation found the potential for 6 pin-to-pin shorts from the center pin. No multiple pin shorts were possible from the center pin location.

The connector designs today do an excellent job of handling operational environments on aircraft and maintenance actions as well as providing long-term reliability. But part of the process of ensuring reliable system performance is to be able to identify and mitigate issues that may come up during installation or maintenance. Here we look at one of the more challenging assessments for connectors: the Bent Pin Analysis (BPA).

The basic idea of the BPA is that during routine maintenance actions and disconnecting/connecting connectors, one or more pins may not line up correctly and may be bent/damaged during connector mating. This pin, now bent and compressed in the connector, may make contact with other pins within the same connector.

When performing a bent pin analysis (which may be part of 25.1709 analysis), a lot of data must be gathered. This means that the functional characteristics and the electric characteristics must be assembled for each pin. For those looking to perform a comprehensive assessment, it is recommended that these descriptions are as thorough as possible. They can be catalogued in a matrix with the following information: 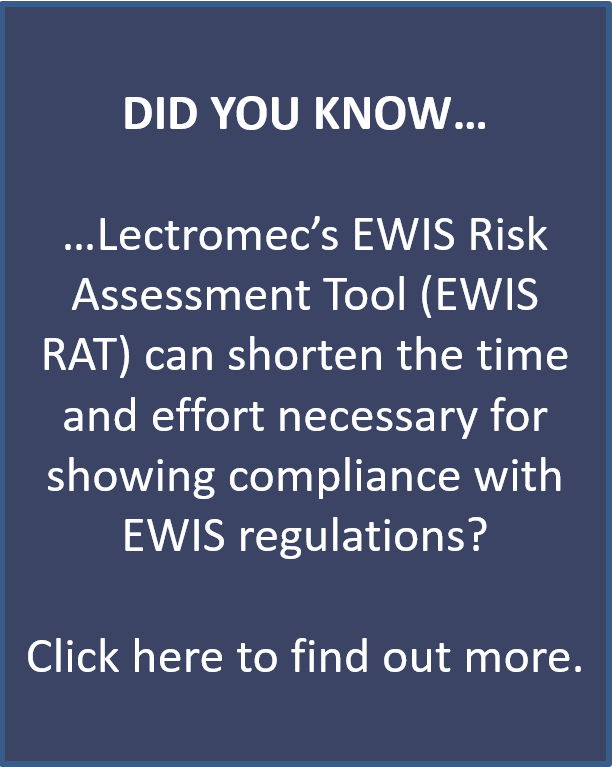 When performing a BPA, there are several factors that should be considered throughout the analysis:

What Is the Output of a Bent Pin Analysis?

The result of a BPA should be a comprehensive assessment of the aircraft’s connectors and should include recommendations that pinpoint the changes that need to be made. These changes may include a change of pin positioning, selecting a different connector, and/or splitting the wires into one or more connectors. The recommendations will need to be evaluated to determine change feasibility and risk to the aircraft and system reliability. After final consideration, some bent pin issues may be deemed as limited risk as they only impact some non-critical systems/functions.

Gathering all of this information early in a design process can be difficult, but can help to avoid significant changes later in the design/certification process.