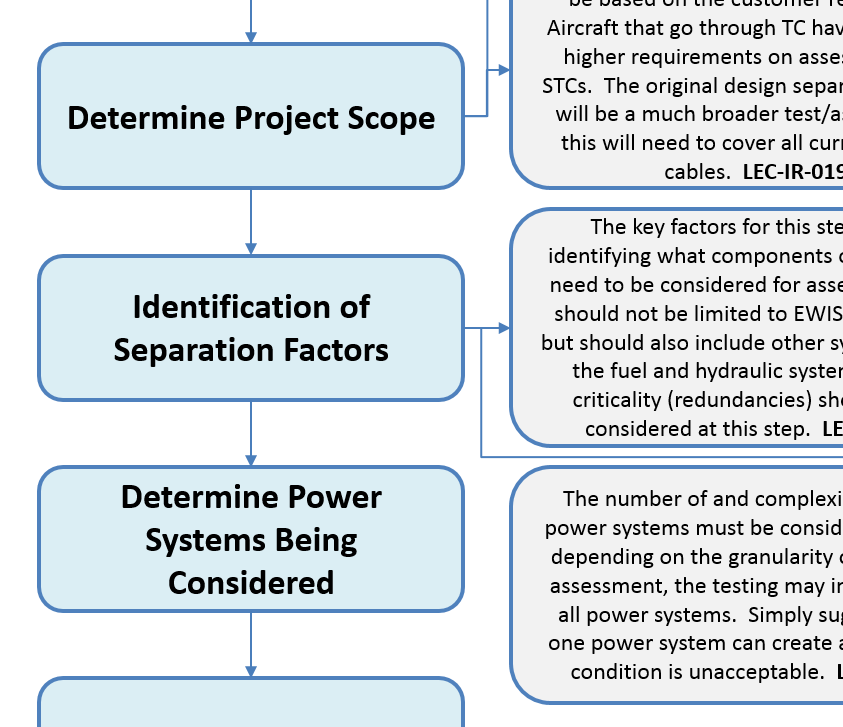 Lectromec has performed more tests on electrical arc damage than anyone else. We can help you efficiently address your EWIS separation and certification needs.

Lectromec has performed more tests on electrical arc damage than anyone else. We can help you efficiently address your EWIS separation and certification needs.

As power density increases, so does the physical and functional severity of EWIS failure. While circuit breakers will protect from a hard short, they will do a poor job in the case of electrical arcing. The arcing can not only damage the wire itself, but can also damage other objects in the area of the arcing. Wires, cables, equipment, structure, and fuel lines are all potential targets of the arcing.

Lectromec has performed thousands of arc damage assessment tests over the last 30 years. These tests have been performed with a variety of electrical, physical, mechanical, thermal, and environmental configurations. In this area, our knowledge is unmatched.

The electrical arc damage assessment process starts with a discussion between your organization and Lectromec. During this meeting, we cover the project objectives, any technical limitations, and the system(s) to be represented with the testing. After all of the technical details are covered, we work to define a project timeline with regular updates and periodic reports that can be used to incrementally update system design.

At the completion of the effort, a single document with result summaries is delivered to our clients. 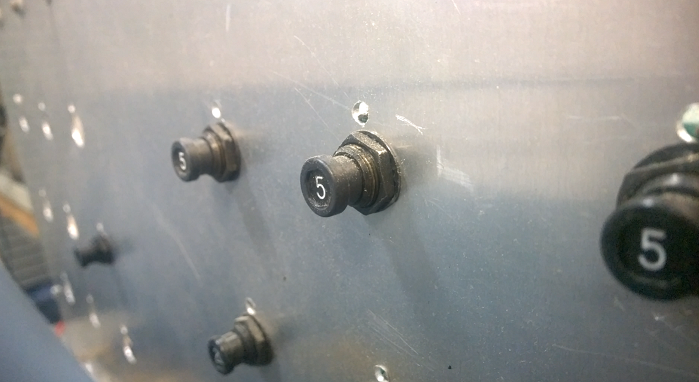 Arc Damage Analysis is more than just creating an arc. Physical, electrical, component, and environmental factors all have an impact. Trust Lectromec with your arc damage analysis needs.

Arc Damage Analysis is more than just creating an arc. Physical, electrical, component, and environmental factors all have an impact. Trust Lectromec with your arc damage analysis needs.

In April 2004, the NASA sought to gather data and render a technical opinion on the probability of a catastrophic failure: in a worst-case scenario, would it be possible for an electrical arcing failure to cause enough electrical current and power as to cause uncommanded activation of a system?

Lectromec worked with NASA to generate a viable test scenario, but also potential protection solutions in case that the worst case scenario would occur. With the technical exchange and testing, NASA was able to make an informed data-backed decision based on the failure scenario risk.

The following information may of use to those looking to find out more about electrical arcing and the potential impact of such failures: