The recent set of FAA rules deal with physical and functional EWIS issues. The rules were released for the Enhanced Airworthiness Program for Airplane Systems/Fuel Tank Safety (EAPAS/FTS) places new requirements on system safety and certification of aircraft Electrical Wiring Interconnection Systems (EWIS). These new rules were effective as of December 2007. They are the culmination of nine years of work and research by numerous organizations, which were convened after the crashes of commercial airliners in the 1990’s. Many of these rules were based on the recommendations made by the Aging Transport Systems Rulemaking Advisory Committee (ATSRAC).

One of the rules within the EAPAS/FTS, 25.1709 (identified in the original Notice of Proposed Rule Making [NPRM] as 25.1705), sets requirements for the assessment and evaluation of the EWIS safety, both in terms of physical and functional problems. The rule itself is only five lines long, but carries with it significant requirements.

Each EWIS must be designed and installed so that:

The companion Advisory Circular (AC) to FAR 25.1709 breaks down one of the possible means of certification into two main areas: physical failures and functional failures. The evaluations of physical failures focus on structural elements, hydraulic lines, and those systems co-located with EWIS. Once identified, the consequences of wire failure, such as electrical arcing, are evaluated and mitigation strategies, such as separation or segregation, are proposed. This is meant as a qualitative approach. 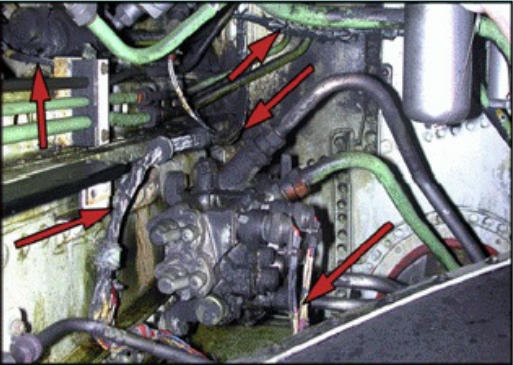 For functional failures, wires are evaluated for potential failure consequences to the overall airworthiness of the aircraft. In particular, wires must be further scrutinized if their failures can lead to a hazardous or catastrophic event. This is to be a quantitative approach. By combining the results of both the physical and functional failure assessments, a complete EWIS risk assessment is generated.

If you are interested in EWIS issues, you may want to read Lectromec’s MIL-HDBK-525 EWIS Overview – Task 3: EWIS Assessment article.

Perhaps one of the largest effects within the EAPAS document is found in the FAA’s response to comments. When asked if a previously certified in-flight entertainment system could be installed in an aircraft would require new certification, the FAA responded “yes.” This decision was made based on the fact that subsequent modifications could, “compromise the safety of the airplane by applying a lesser certification standard.”

This not only affects the aircraft manufacturers, but also anyone performing post delivery modifications on aircraft. System safety assessments defining collocation and separation principles are not available to modification shops, and typically there are not listings of which wires bundles carry the wire for which systems. With the limited wire and system safety information available to after market modification shops, it is difficult at this time to assess what level of effort would be necessary to meet FAA expectation.

In comparing the information provided by the FAA for both pre- and post- type certification (TC) of this rule, both require nearly identical analyses. There is, however, a slight reduction for the post TC which only requires analysis of the systems that are directly affected by the modification.