The process for identifying an EWIS problem on an aircraft often follows these steps: 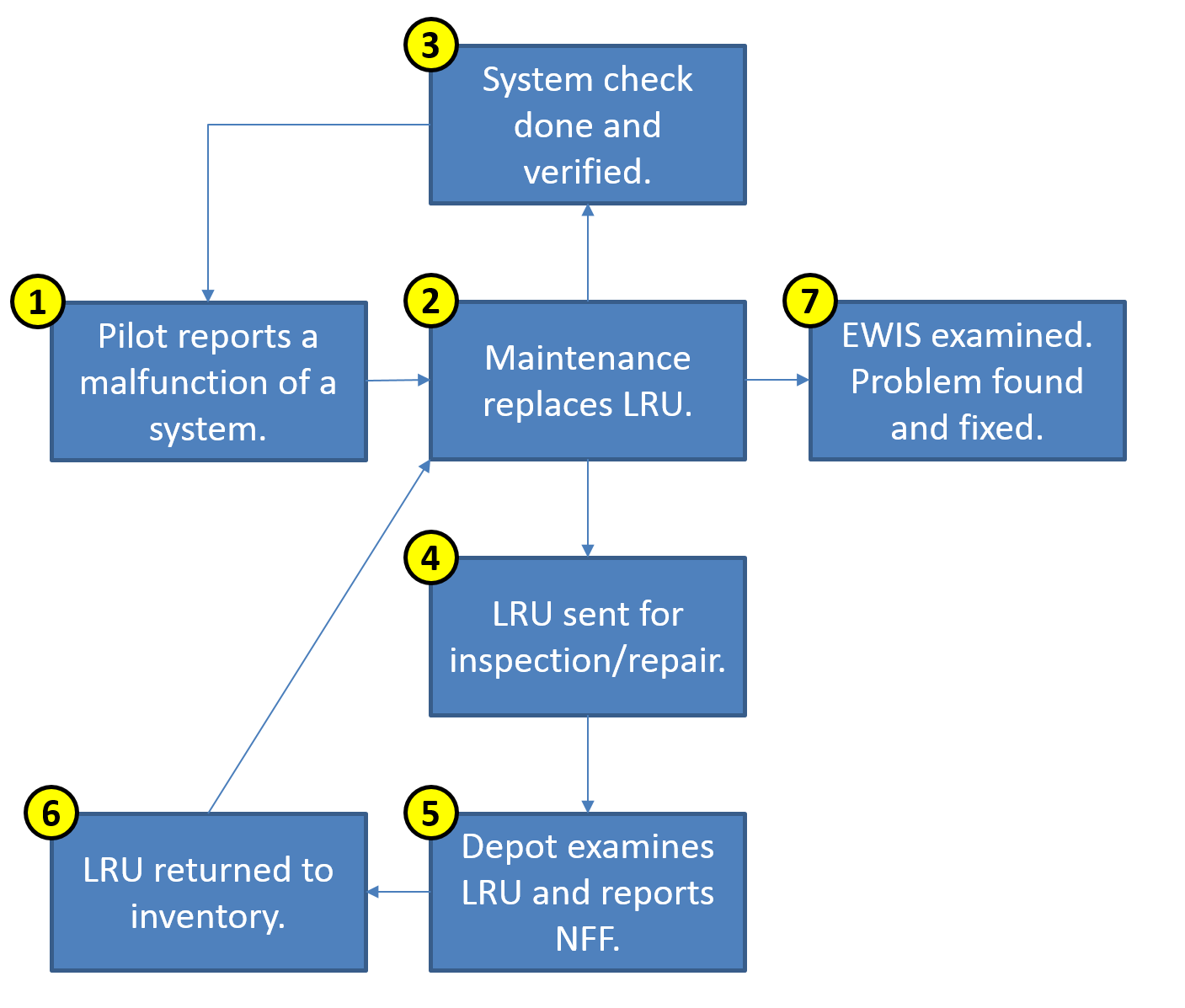 Lectromec recently performed a review of the FAA’s SDR database to determine how close the actual EWIS failure numbers were to those that were reported. One of the problems often found when searching for reported EWIS failures is that the failures are often hidden within the failure reporting of other systems. This example was reported as a flap control system problem:

“FLAP UP LIMIT SWITCH HAS SEVERAL REPORTED OCCURRENCES INVOLVING ARCING AND SMOKE GENERATING BEHIND THE MASTER CAUTION PANEL. THE SWITCH WAS SAID TO BE ARCING AND SPARKING WHICH LED TO A BURNED SWITCH CREATING SEVERAL WIRES TO BE BURNED AND SINGED TOGETHER.” (Reference SDR Control number: 2014FA0000419)

Although this was an EWIS problem, it was not marked in the proper category. For those that are looking to glean information from their maintenance database, it is likely that this key information is being missed. Those looking for a process for pulling data from a maintenance database, Task #2 in the USAF’s EWIS SLEP handbook, MIL-HDBK-525, provides an effective and efficient way of tackling this. The same process can be applied to commercial maintenance systems. Ideally, the maintainers are trained to place each component into the right code. However, if you review the scenario described above, there can be flexibility in this process.

The review of the 2014 SDR data, found that maintainers are doing an excellent job in filing EWIS problems. A manual review of over 800 records found that roughly 8% of EWIS problems are attributed to the wrong system (e.g. flight control system versus flight control system wiring). The most common reason for this misattribution appears to be that the system was identified to have suffered a functional problem when the actual source of the problem was a physical one that was related to wiring issues.

A review of the last four years of EWIS failure data reported through FAA’s SDR database shows some promising trends. Five component types were examined during this research: wires, wire harnesses, splices, cables, and connectors. Four out of the five of the categories (wires, wire harnesses, cables, and connectors) examined from the SDR database showed a decline in failure count. Note that these are raw results and have not been individually examined.

The most dramatic decline over the four-year period has been with cables. From 2011, which saw 211 ‘cable’ service difficulties to only 144 in 2014, it is a 46% drop. Taking all five of the categories together, 2014 has seen a 30% decline in reported EWIS problems. This is truly encouraging from an aircraft reliability standpoint. 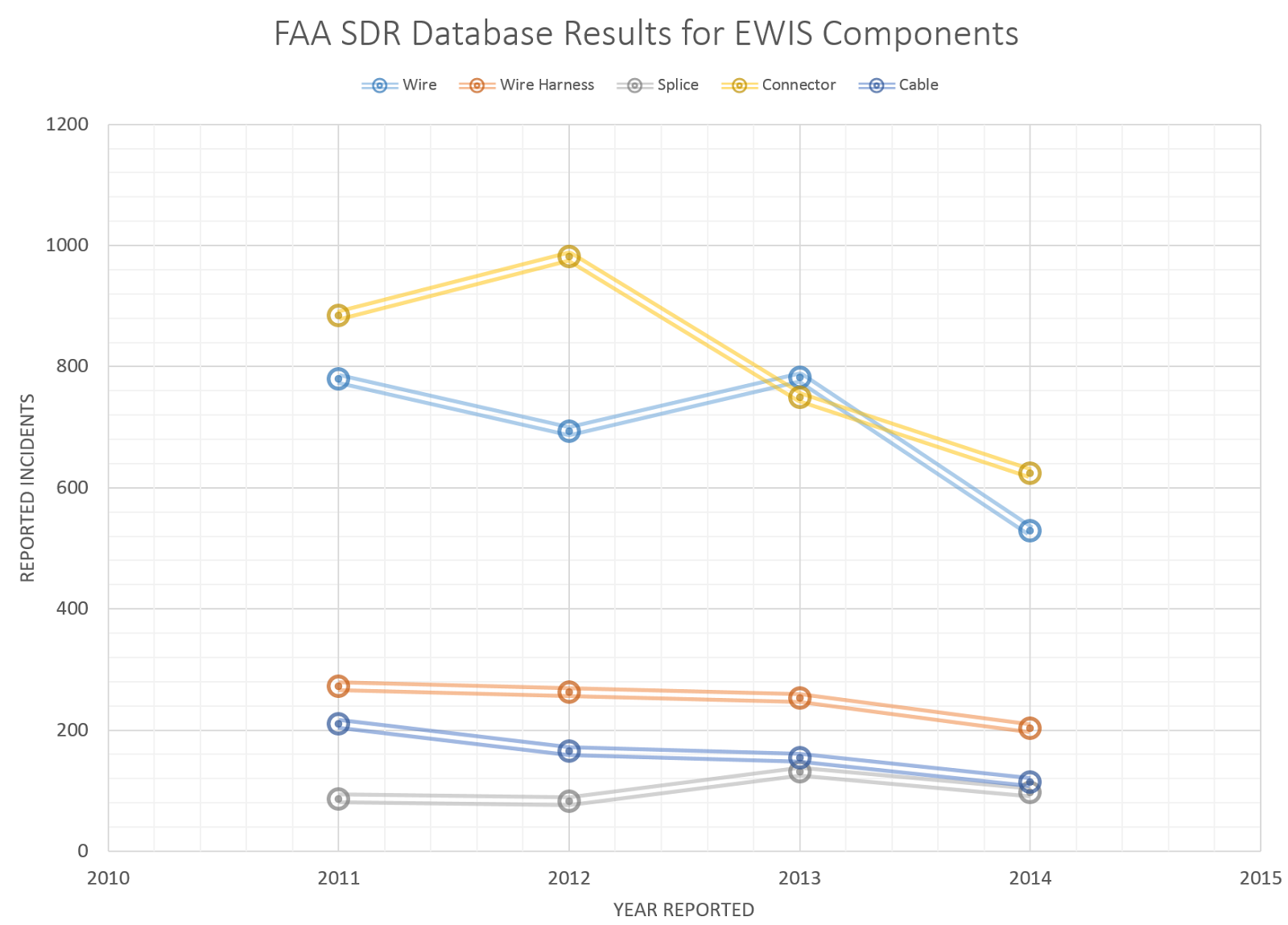 Potential reasons for this overall decline:

If the results are to be believed, the industry is going the right way in design, manufacturing, and maintaining its EWIS.