Once every couple years, Lectromec reviews the FAA’s service difficulty reporting (SDR) system to determine the number of EWIS failures in the American commercial airline fleet. We have reviewed the data, performed a thorough analysis, and placed the conclusions into a white paper. This whitepaper provides details the process and the frequency of EWIS failures. 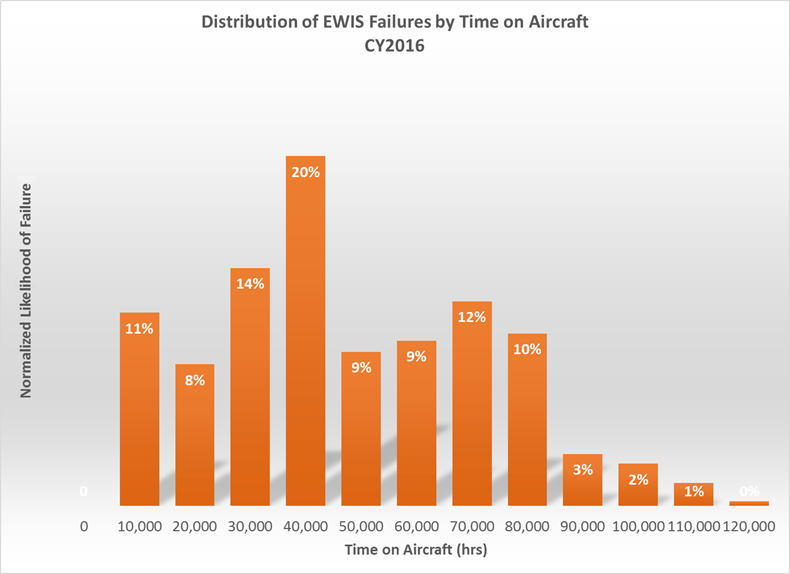 The data on EWIS failure rate by age of aircraft looks random until you dig further into the details. Download the white paper to find out more.

The data on EWIS failure rate by age of aircraft looks random until you dig further into the details. Download the white paper to find out more.

For those that have seen past assessments, this year’s review has several additional consideration:

For those that would like additional reference material to support Lectromec’s findings the following articles are recommended:

Overall, aviation remains extremely safe and the EWIS failure analysis should not be construed as an industry on the edge of ruin. Rather, we hope that this information will be used to help identify the scope of the problem and help aircraft operators best to focus their attention when it comes to the EWIS within their fleets.

After reading this white paper on commercial airline EWIS failure, we hope that you will consider how the proposed solutions could impact your fleet. The solution has been vetted and is actively being applied to several fleets.

We look forward to your feedback on this white paper.