Which Red Plague Testing is Right for My Application?

This article dives into the practical applications of red plague testing and how to identify and potentially mitigate the risks thereof. The other articles Lectromec has published up to this point have been single test focused or focused on the fundamentals. This article gives a guide to those seeking means to quantify the risk of red plague on their components.

In short, red plague is corrosive galvanic corrosion that occurs between the silver plating and copper core of silver-plated copper wire. This has been a known issue since at least the 1950s and has popped up dozens of times since then with issues identified during initial product inspection, at product acceptance, as well as cases where red plague corroded wires and cables resulted in multi-million dollar rewiring efforts.

At different stages of production, different tools and assessment techniques must be used to determine the susceptibility of a conductor or shield to the red plague. The following gives a step-by-step about what techniques are viable at different parts of the production process.

Has the conductor been processed or stranded? If no, then the recommended means of assessment is the polysulfide test in accordance with ASTM B298. In this test, the bare conductor is exposed to a polysulfide solution that will have a chemical reaction with any exposed copper. This exposed copper looks tarnished and blackened and easy to observe by visual inspection or by handheld magnification. The reason that this test is recommended at the early stages of the process is that silver is a malleable material and can be easily damaged during stranding or processing. As such, it is extremely common that a conductor that has been stranded and processed will show some level of tarnishing during the polysulfide test. Further, the conductors used for shielding are stressed and commonly show a failure in the polysulfide test. If the conductor is already stranded or added to a cable shield, then alternate test methods are suggested that are discussed below. 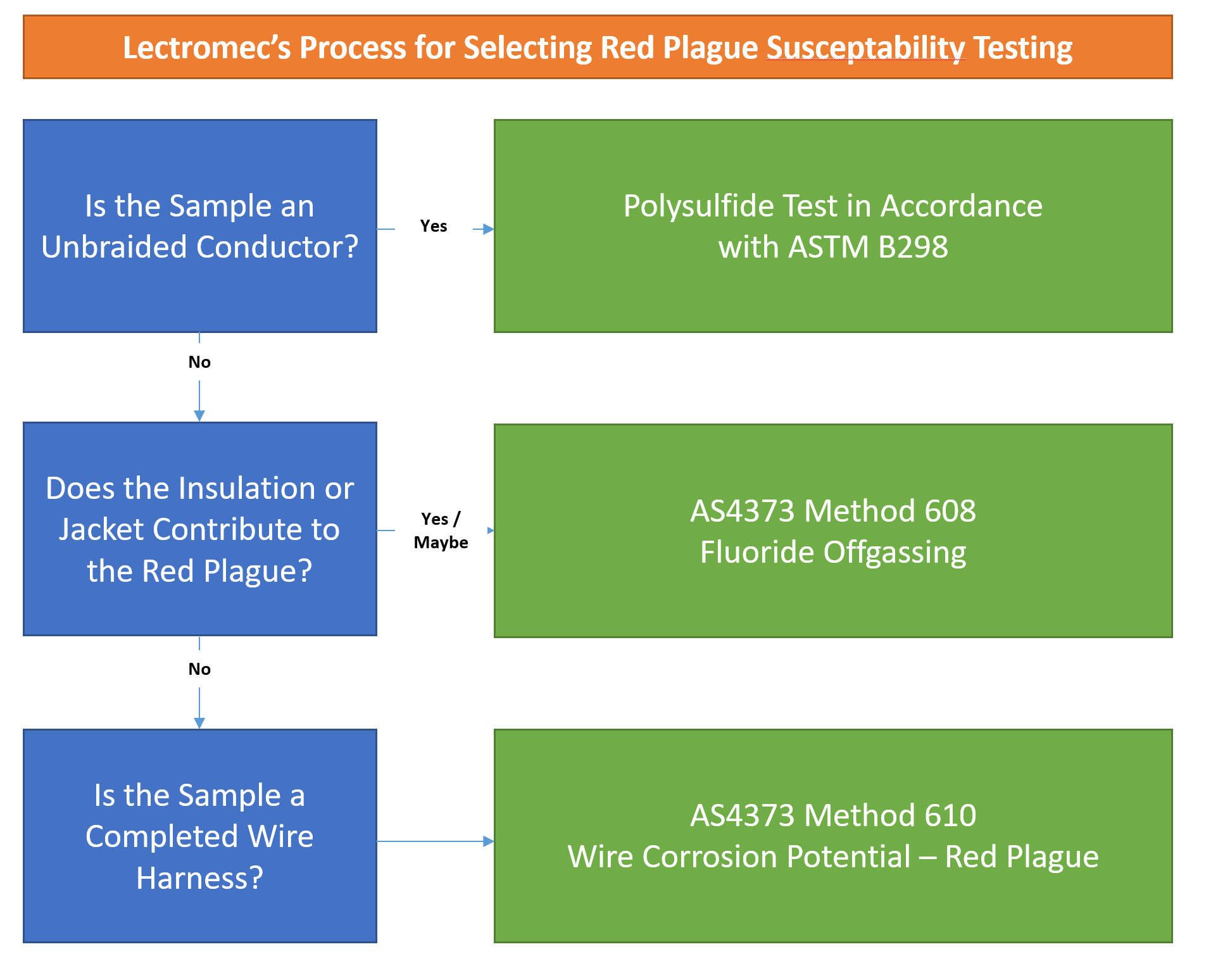 Are you aware of the jacket or insulation fluorine off gassing properties? If you are unaware of how wire insulation contributes to the progression of red plague, we recommend that you review this article. In short, some wire insulations have a higher proclivity to off-gas fluorine which is a critical factor in red plague development. As such the industry has developed wire and jacket insulations that are known as “low fluorine off-gassing” systems. To assess the off-gassing propensity of the jacket or wire insulation, Lectromec recommends the use of the AS4373 test method 608. This test is a 1-week test in which the installation or jacket is submerged in water and the extractive fluorine is measured afterward. Research has found that values below 20 ppm of extractable fluorine do not yield red plague.

Right now, there is no formal mechanism to assess the susceptibility of a completed harness to red plague. The test methods that exist, focus on the examination at the conductor, insulation, or completed wire level. To assess the red plague susceptibility of a completed harness requires a slight modification of AS4373 method 610. In this test method, it is intended that sections of a completed wire or cable are submerged in water but with a copper and silver electrode also submerged into the solution. The voltage drop between the two electrodes is monitored for 14 days and the voltage over that fortnight is examined. If the collected voltage across the 14 days has a specific shape, in particular, an inflection point of the voltage before day four, then it is considered highly susceptible to red plague. As mentioned, this test method is originally designed for individual wires and cables but could just as easily be applied to a completed section of the harness. This would allow for assessing the susceptibility of the completed harness as well as the examination of any silver plated metallic overbraid for the harness. 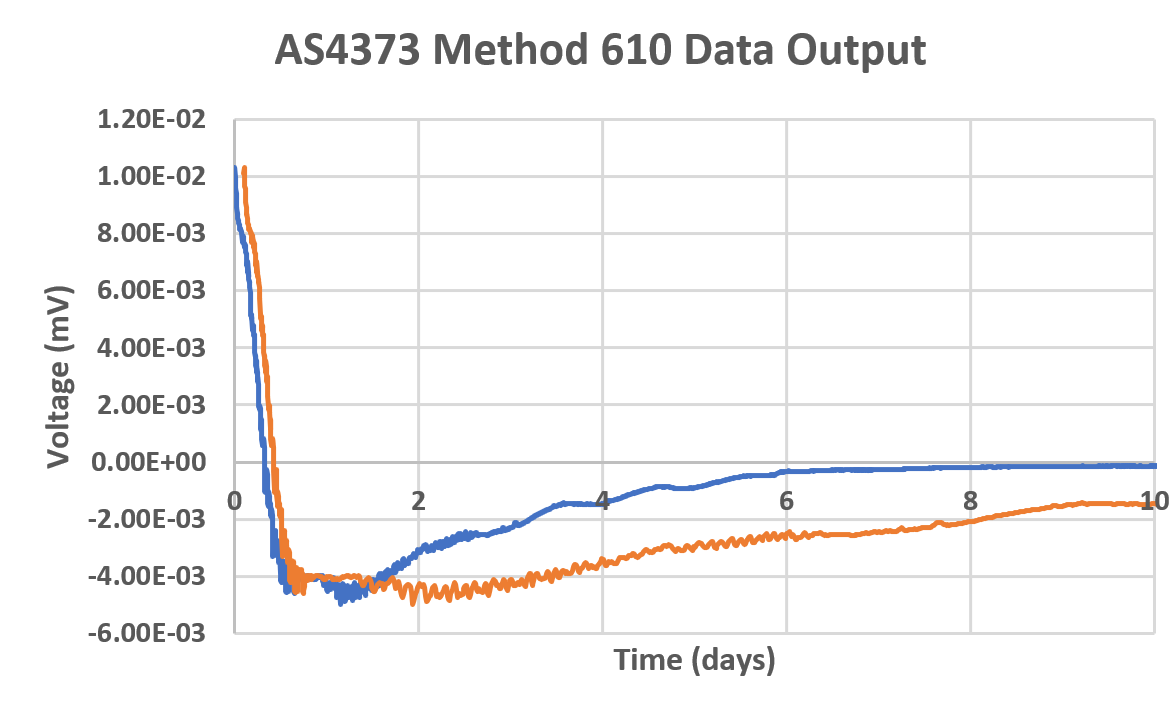 How to Move Forward