This is intended as a quick guide for those performing visual inspection of electrical wiring for aerospace. There is more that needs to be considered than what is covered in this article, but hopefully this can be used as a starting point. Each of the items discussed will be addressed in greater detail during this series. Part I can be found here.

The following tools are recommended for the visual inspection of wiring systems: 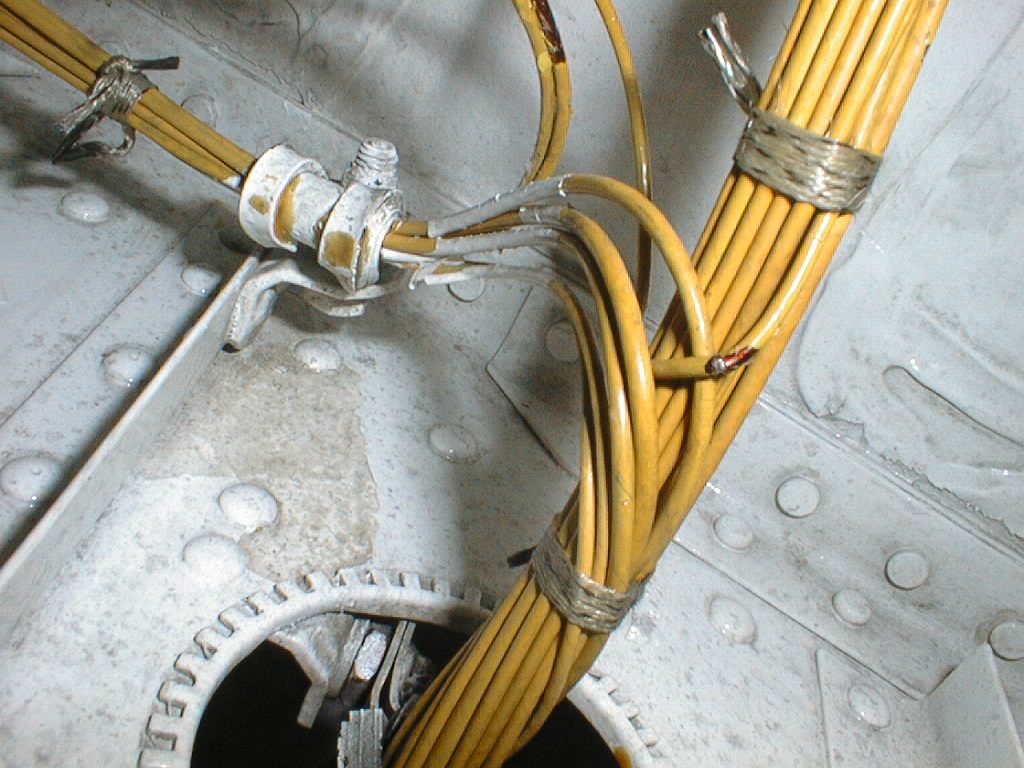 All the parts of the wiring system are important, but there are areas that should be placed on more frequent inspection intervals. This will be covered in more depth in a future article, but as a quick reference, the following factors will place an area higher on an inspection list:

With wiring, there are three main components for inspection:

Guided and careful inspection of each of these components will help identify issues before they turn into problems. In this article, we will only cover the inspection of the wire insulation.

If you are interested in electrical wiring for aerospace, you may want to read Lectromec’s 270VDC Arcing in Aerospace Wiring article.

It is important to look for more than just a breach to the conductor. Often breaches are not easy to see as they are obfuscated by different insulation failure mechanisms. Items that should be kept in mind when examining the insulation include:

It is advisable to replace wire segments at any sign of degradation.

In addition to the above considerations for wire insulation inspection, there are a couple of points of caution:

For complex or aged systems, additional tools and/or analysis are necessary to determine the condition of the wire insulation. Overall, if it does not look safe, it probably is not. This is a three part series; part 3 covers areas of degradation that should be considered during inspections.