Takeaways from the 2014 UL Wire and Cable International Conference

Interest in wires and cables is not limited to the United States. Every year Underwriter’s Laboratories (UL) conducts a trade show in the People’s Republic of China in a city called Humen, which is close to Hong Kong. In July, UL recognized Lectromec’s expertise by inviting them to present at the 2014 UL Wire and Cable International Conference. This conference was attended by hundreds of people involved in the wire and cable industry whose interest is to find out more about the latest trends in wire and cable.

Although this conference primarily focused on non-aerospace industry topics, there was a great emphasis on reliability in production and end product quality. Since a large portion of the world’s wire and cable production is occurring in China, it is only a matter of time before more aerospace wires and cables from China make it onto aircraft systems. Conference topics focused on end product reliability and also covered quality-related topics ranging from using the proper materials in construction to ensuring that the end products are tested and certified. 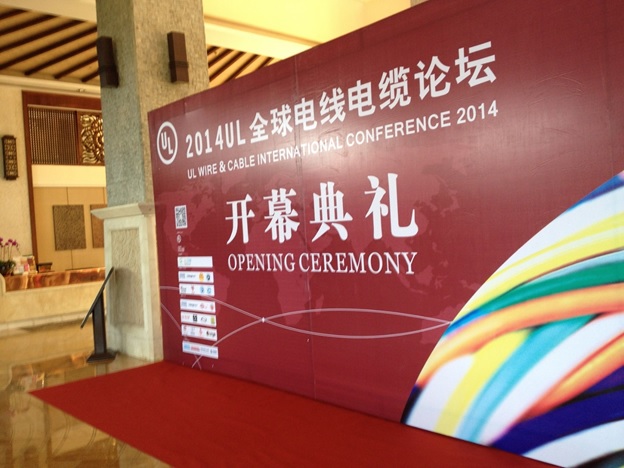 For those not able to attend, here are three takeaways from the UL conference:

1. Fiber is growing but slower than before

According to the presentation from UL, the growth in the purchase of fiber in 2013 was the lowest since 2003. This is partially due to the current global economic outlook, but also to the slow US housing market rebound coupled with a decrease in housing construction in China. The current estimates indicate that the Chinese market consumes 49% of the globally produced fiber.

2. Wire and cable industry in China

The size of the China wire and cable industry is quiet impressive: there are currently 3800 known wire and cable manufactures in China. Combined, these companies produce the majority of the wires and cables globally. Most of these manufacturers are focused on appliance, power cables, and fiber optics, but there are some that are producing aerospace wires as well. As price competition increases in aircraft harness fabrication, the Chinese producers will get attention from companies abroad.

3. Counterfeiters are being caught

There are still counterfeit cables coming out of China, but progress is being made to identify these producers. For those caught, there has typically been a fine levied and no further punishment. As the implications of counterfeit wires and cables are starting to be better understood, the negative consequences for those producers are also increasing. For some producers that have been caught counterfeiting products, judgments are starting to include jail time. This is a recent trend (the last two years) and will add another reason to discourage those who are trying to produce counterfeit cables.