There is a plethora of factors to consider when selecting wire/cable for use in any large-scale applications. This is particularly true of space applications as there is limited data for comparative analysis. To fill some of these knowledge gaps, NASA performed several wire/cable tests in 2010; the following is a summary/discussion of the “Wire and Cable Cold Bending Test” portion of this testing. The full test report may be found here.

Though knowledge of specific wire/cable constructions’ performance in space applications is limited, some knowledge gaps may be filled here on earth. Existing industry tests can be modified by applying known information about extraterrestrial environments to provide valuable insight into component performance under such conditions.

One of the key considerations for electrical wiring interconnection system (EWIS) components in this environment is extreme low temperature. NASA sought to evaluate wire and cable flexibility for lunar applications; specifically looking to evaluate the ease of reeling/unreeling wire and cable in lunar environments. Bend testing was performed on 35 different insulated wire and cable constructions at liquid nitrogen temperature to evaluate flexibility in extreme cold conditions. It was the intent of this effort that, “testing at the extreme cold temperature of liquid nitrogen will begin to build a database of what off-the-shelf types of wires and eventually cabling may be applicable to the lunar environment.”

Bend tests were performed on each sample at both room and liquid nitrogen temperatures and the results at each temperature were compared. Wire and cable constructions selected for testing represented a range of gauges and insulations commonly used for space applications. 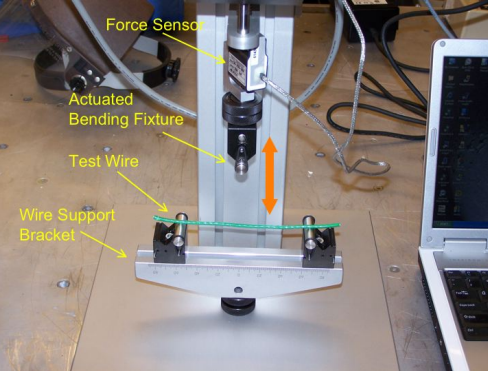 Test set up of the NASA cold bend testing.

Test set up of the NASA cold bend testing.

Conditioning of the test samples took place in a dewar of liquid nitrogen, allowing samples to equilibrate for approximately ten minutes to an approximate temperature of 75 K (~ -200oC). Samples were tested using the equipment shown in the photograph; force exerted on the test sample was constantly recorded throughout each test on the data collection computer. From the recorded data, force vs time graphs were generated for each sample both at room temperature and liquid nitrogen temperature.

Looking at the test plan, it was unusual for PVC wire to be considered in the assessment as NASA’s own guidance for wire insulation selection guidelines (NASA Parts Selection List (NPSL) – Wire Insulation Selection Guidelines) does not include PVC. The material is typically avoided in aerospace applications and is explicitly prohibited in the AS50881 standard.

As one may expect, each wire’s curve on the force vs time graph shows a sharp increase in force early on in the bend and then flattens out. Also unsurprisingly, samples experienced a significant increase in bending force when conditioned at liquid nitrogen temperature. Interpretation of the data show that wire size, number of conductors, insulation thickness, and cable type were all factors in the sample’s performance.

Of the 35 tested constructions, only six experienced mechanical failure of the insulation in the form of cracking or breaking:

Insulation thicknesses among these wires ranged from 0.3048 mm (Wire 23) to 1.651 mm (Wire 22). Despite the relative thinness of the insulation on wire 23, the multiple internal conductors had a significant detriment on the sample’s performance. In general, single conductor wires performed better than multi-conductor cables. 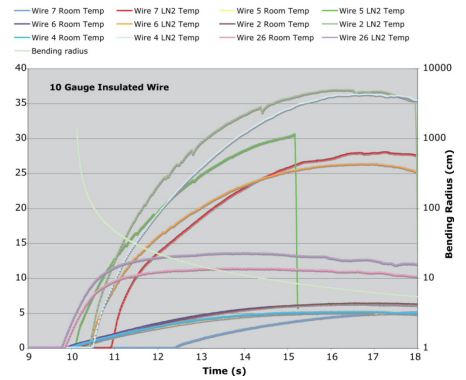 Results from NASA’s testing effort provide valuable information that can be used moving forward in developing EWIS for space applications. Research into wire and cable performance in extraterrestrial conditions may prove to be imperative for the aerospace industry as space travel becomes more common and accessible.

Contact Lectromec today to learn more about how our ISO accredited testing facility can assist your selection of EWIS components for space applications. 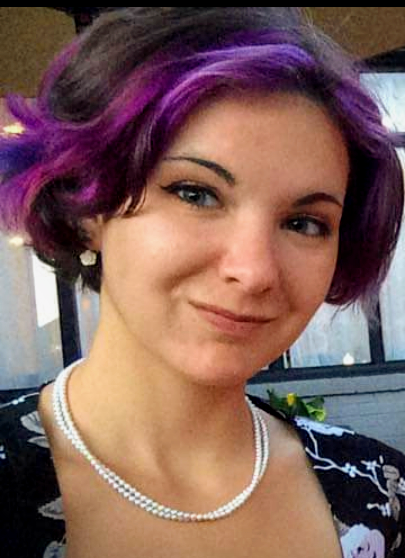 Laura has been with Lectromec since 2019 and has been a key contributor on projects involving testing of EWIS/fuel system failure modes, the impact of poor installation practices on EWIS longevity, and wire/cable certification testing. Recent projects include work toward the definition and certification of high-voltage aircraft wiring systems. Laura’s knowledge and attention to detail have ensured consistent delivery of accurate test results from Lectromec’s lab.