This article focuses on the grounding and separation of power sources; it is a continuation of a series of articles discussing the Federal Aviation Administration (FAA)’s EWIS certification requirements of 25.1707. If you missed the last couple of articles on this topic, you can see the list below:

To be clear, the reference to ‘independent airplane power source’ covers the “general source of power for the whole of the airplane” (AC 25.1701-1). This includes the engines, APU-driven generators, batteries, etc.

The first bullet point of this regulation section is fairly straight forward. According to the guidance document associated with this, the objective was to ensure that the generating system’s EWIS components are assessed and examined in the same way as all other EWIS components. In particular, this requires the consideration of power routing through the aircraft and the physical proximity. System components that require multiple input power sources for the purposes of redundancy require special consideration.

Handling of the isolation of separate aircraft power must be considered from a physical and functional aspect. From the physical side, this is addressed by common cause analysis and, if routed in close proximity, potential damage assessment. From the functional viewpoint, the failure of one power source should not adversely affect other power sources. 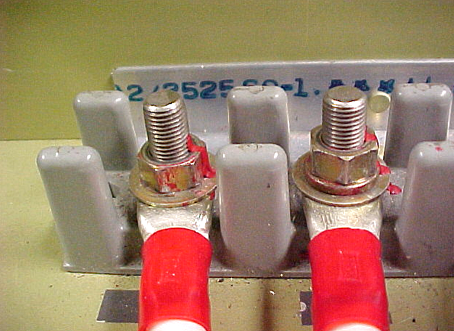 With regard to the ground terminations, this is a straight forward concept. By maintaining separation of grounding locations for different power systems, the failure of a single grounding point will not damage or disable multiple power sources. Furthermore, by physically separating the grounds, particularly static grounds, this aids in reducing/eliminating the introduction of interference into the electrical system.

For additional information on electrical grounding and bonding requirements for aerospace systems, several important considerations are identified in AS50881 and in ARP1870A (latest revision 2012). These documents provide design guidance and recommendations for safe and functional grounding of electrical systems.

The next article in this series will look at the routing of systems near other critical systems such fuel, hydraulic, oxygen, and waste water systems.

For the past three decades, Lectromec has worked with federal agencies to make sure aircraft wiring is safe and reliable. Lectromec is responsible for testing, inspecting, and analyzing a wide range of electrical wire interconnect systems. Check out the publications for a free white paper on “Addressing Fleet Management Needs.”