This is the second article in a series on EWIS Regulatory Compliance. The series is looking at the individual components of the Federal Aviation Administration (FAA) EWIS regulations 25.1707. The first article covered section ‘a’ of the regulations.

Continuing the examination of the FAA EWIS separation requirements detailed in 25.1707, this article examines the next part of the regulation dealing with EMI. The second paragraph from FAA regulation 25.1707 focuses on electrical interference and addressing this from the wire system level. The regulation states:

(b) Each EWIS must be designed and installed so that any electrical interference likely to be present in the airplane will not result in hazardous effects upon the airplane or its systems.

According to the FAA’s guidance document on this regulation (25.1701-1), the following sources for EMI should be considered with regard to how they affect the EWIS: 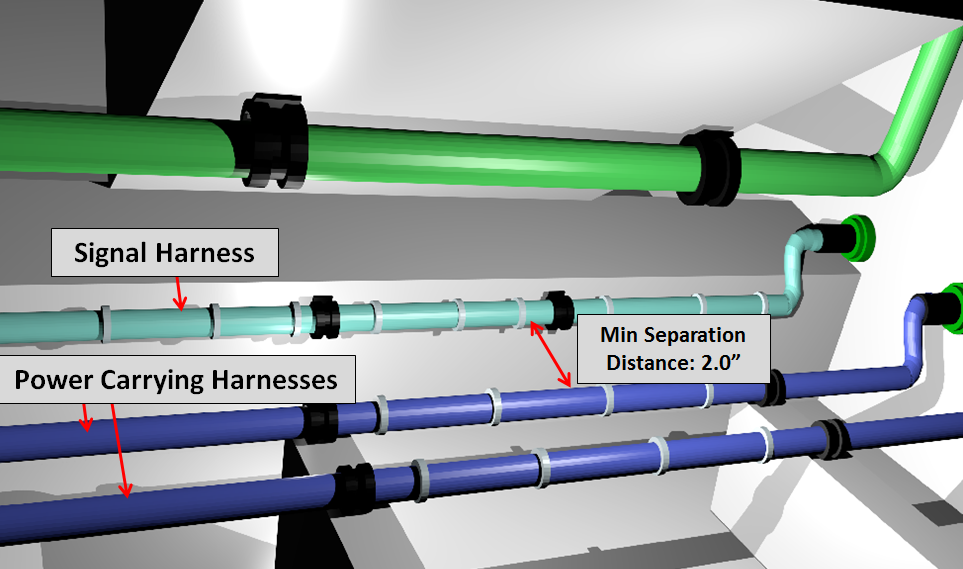 If, in this case, the cable shielding was not sufficient to protect the signals, then additional methods for protection would need to be considered.

In particular, the systems that are necessary for continued safe flight, landing, and egress should be given the highest priority when assessing the EMI impact. The following are methods for protecting systems from EMI and are common practice for aerospace platforms:

The reason for this requirement is that EMI can have as devastating impact on aircraft systems as electrical arcing. It is important to consider the factors when designing your EWIS, or installing new equipment in the aircraft.

The next article will address the requirements on heavy current carrying wires.