Aerospace wiring requirements like the FAA regulation §25.1703 can be difficult to comprehend in one sitting. Lectromec has taken this complex document on EWIS regulatory compliance and divided it into some logical categories. In our last podcast titled An EWIS Perspective, we examined concepts in expected life and discussed how to select components designed for aerospace wiring applications. We continue the series by looking at other parts of the 1703 requirements (previous article available here).

Perhaps some of the more important items mentioned in the 1703 recommendations are the ones related to properly functioning EWIS equipment. They are included in the Advisory Circular (AC) 25.1701-1:

…the fact that an In-Flight Entertainment (IFE) system fails to deliver satisfactory picture or sound quality is not what the term “properly” refers to, is not a safety issue, and thus is not a certification issue. Failure of an Electrical Wiring Interconnect System (EWIS) component has the potential for being a safety hazard whether it is part of a safety-related system or an IFE system.

This closely aligns with the recommendations associated with §25.1709 which state that, regardless of probability, the failure impact of a wire harness must be considered. Just because the EWIS component is attached to a non-flight critical system, does not mean that the form or function can be ignored. From an installation perspective, the EWIS must function properly, “as it is related to the airworthiness of the airplane.”

To further highlight important EWIS installation factors, we also must understand the impact of mechanical stresses on the EWIS. With the improvement of Computer Assisted Design (CAD) of EWIS routing and harness design, the fit of harnesses has significantly improved to match the installation. In years past, it was not uncommon for a harness to be too short to fit the wire run (or was very snug). When this happened, there were a couple of options that could be implemented by the installation team: 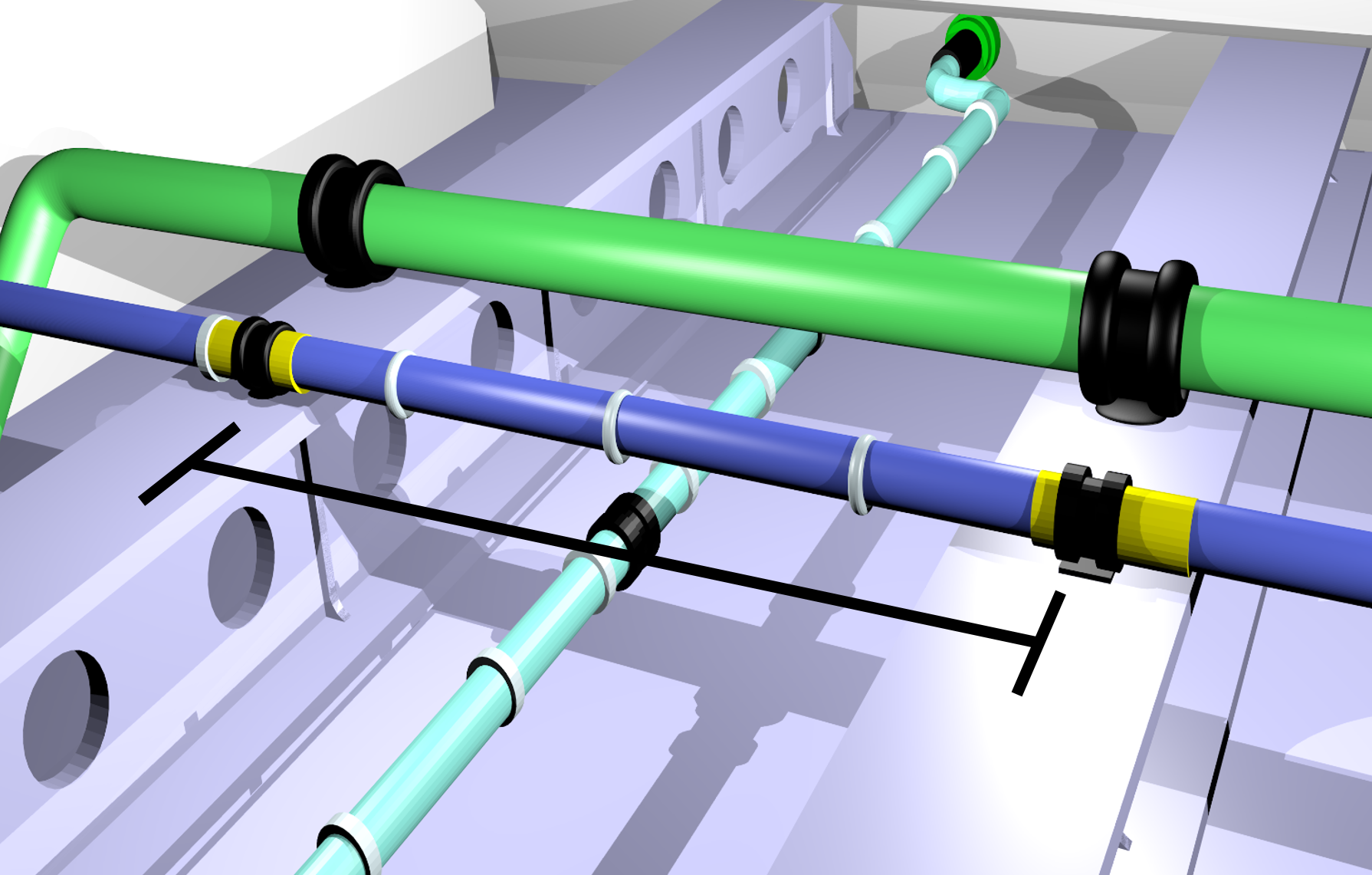 This self-explanatory method could result in several situations. The harnesses would ride tighter in clamps, compress bend radii, and cause damage to the harness by forcing it through an already tightened clamp. If the “pull hard” technique was successful, it may have damaged crimps and/or conductors such that system checks would fail.

While this is likely to place less stress on the harness than forcing the harness to fit, it can create other problems. For instance, it might require addition mounting holes or reduce the originally designed separation distance. Also, if not properly documented, it is likely that each installation would be slightly different, which places additional hardship on maintainers. If the reroute is necessary, it should be done only with design review.

3. Splice in an additional length of wire to the harness

While not ideal, this adds the length necessary to avoid the other two issues listed above. Use of this technique should be limited as it creates additional failure points in the harness.

Methods to reduce the mechanical stress on the wiring such as conduit, clamps, and strain relief should be implemented as needed. Standards such as AS50881, provide recommendations for the maximum separation of primary harnesses support. Harnesses that are more rigid can have primary support that is further separated, but sagging must be considered with wider clamp separation.

(c) The design and installation of the main power cables (including generator cables) in the fuselage must allow for a reasonable degree of deformation and stretching without failure. 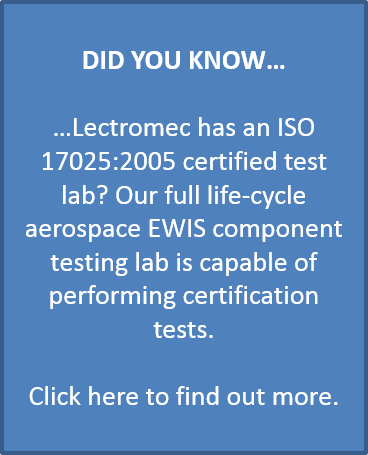 Beyond the consideration of support, it is recommended that power feeder cables are designed to allow for “a certain amount of stretching.” This allows for a reasonable degree of deformation that might occur in the case of fuselage damage. The AC recommends the stretch should be about 10% of the required cable length. Note that this part of the regulations specifically calls out the power feeder cables, and makes no mention of signal or the secondary power distribution cables. From a regulatory perspective, secondary power systems do not fall under this requirement.

But what about distributed power system designs? The power delivery through the aircraft to each of the distribution points creates a scenario in which the main power cables should satisfy the requirements discussed here. For those implementing, or planning to implement distributed power systems, this is an additional factor that should be considered during the design and certification preparation stage.

Segment three will cover more of the §25.1703 regulation.