Electrical arcing of aircraft wire is hazardous even over separation

Recent research conducted by Lectromec confirmed the harmful effects of electrical arcing of aircraft wire events even in the presence of positive separation between the arcing source and the arcing target.

Laboratory tests using hydraulic lines as arcing targets showed that, even if an electrical arcing event fails to rupture a pressurized line directly, the event could cause a cascading effect that may puncture the line after the arcing has stopped.

A number of variables contribute to the size and the duration of electrical arcing events, as well as the damage caused by the events. The primary focus of this particular research was the impact of arc duration and separation distance on the damage caused by electrical arcing events. The research was part of a larger study by Lectromec on the relationship between arc damage and energy-environment configurations. 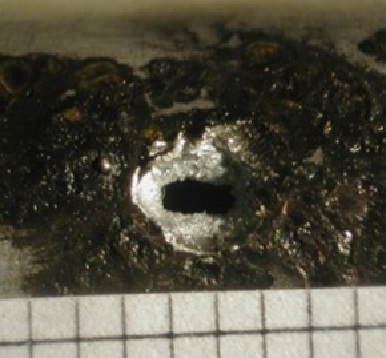 Even with a 1.0 inch separation distance, this hydraulic line ruptured due to a nearby arcing eventScale 1mm x 1mmTested in Lectromec’s lab

Even with a 1.0 inch separation distance, this hydraulic line ruptured due to a nearby arcing eventScale 1mm x 1mmTested in Lectromec’s lab

To the right is the result from one of the tests where the arcing stopped prior to the development of the rupture in the center. In this test, a 2AWG wires were set to arc for 0.2 seconds with a 1.0 inch separation between the wire and an aluminum tube. The tube was filled with pressurized hydraulic fluid.

The pitting on the tube indicates that multiple sites were damaged by the arcing event. In addition, the event caused a drastic and sudden shift in temperature for the aluminum tube, which, in turn, resulted in a localized and temporary weakening of the tube’s structural integrity. Combined with the pressure from the hydraulic fluid contained within, the two factors caused the rupture.

If you are interested in electrical arcing, here is an article on EWIS failure and the Process of Electrical Arcing.

Anatomy of an Electrical Event

An electrical arcing event starts when there is a dielectric breakdown that creates a conductive path between a wire and either a ground, e.g., hydraulic and fuel lines, or another wire. This can occur if there are cracks in the insulation or the wire has been chafing against a grounded surface.

An electrical arcing event generates a plume of hot, ionized gas. As the arcing continues, the arc plume quickly develops and expands. If it comes into contact with nearby objects, the plume can transfer both heat and electrical energy to the objects, making them susceptible to arcing damage even at a distance. 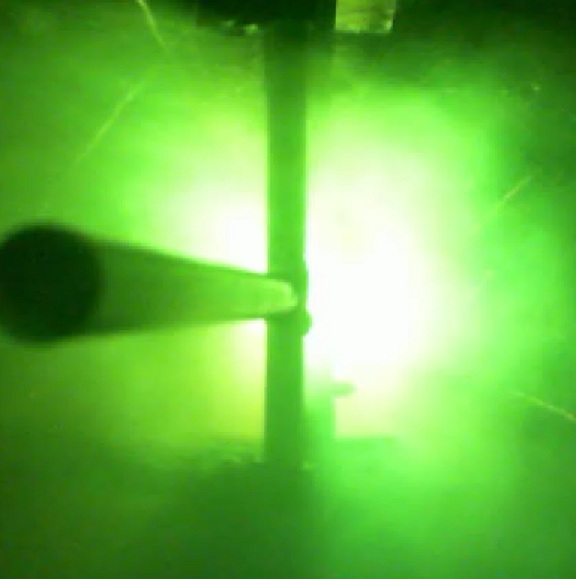 The image to the left was captured during an electrical arc test conducted by Lectromec. The bright, explosive portion is the arc plume generated by the arcing event. Tests such as this one allow researchers to better evaluate the arc plume’s size and direction under various energy-environment configurations, and study the correlation between configuration and actual damage.

Over the years, Lectromec has been continuously and diligently researching into the energy-environment configurations necessary in order for an arcing event to cause a hydraulic/fuel line rupture from a distance.

As demonstrated by this recent research, the effects of arcing events can be very challenging to accurately predict without an in-depth understanding of the subject matter.

Lectromec is currently in development of a robust and accurate computer-aided, arc impact prediction framework to facilitate the acquisition of such understanding for a broad range of energy-environment configurations.