A couple of weeks back, we wrote the Wire Failure and Incident Investigation article that reviewed some of the characteristics of wire failure and the means to detect them in a post aviation incident investigation. That article focused mostly on the conductor failure mechanisms. The three failure mechanisms that will be covered in this article are:

This actually covers a wide variety of aircraft wire failure mechanisms. The general idea behind the insulation failure mode is that through one mechanism or another, there is a reduction in the insulation dielectric strength.

This reduction in dialectic strength may be caused by:

More often than not, these types of failures (with the exception of chaffing) will have other indications of similar degradation elsewhere in the aircraft. Lab analysis of the wire construction and level of degradation are possible. 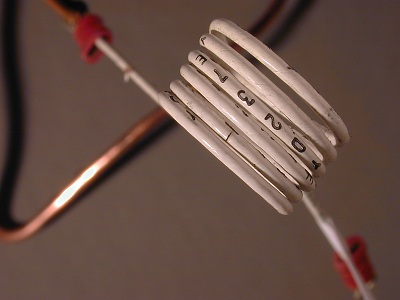 Even under magnification, cracks in wire insulations are hard to find.

Even under magnification, cracks in wire insulations are hard to find.

Thermal damage to the insulation can provide information as to the temperature, duration, and location of a failure event. Wire insulations have a low thermal conductivity meaning that the damage is usually restricted to areas near the heat source. The signs of thermal damage include:

The thermal damage will start at different temperatures based on the polymer. Depending on the insulation, this can be as low as 105oC for PVC (not common on aircraft) or as high as 600oC for polyimide based insulations. The level of discoloration can provide information as to the temperature as well as the duration of the event. Some polymers will have a different insulation color based on the exposure temperature.

These tips only provide a starting point for identification of wiring failure. Available power, wire gauge, wire specification, and environmental conditions are some of the other factors that modify the potential damage from a wire failure. To get to the root cause, sometimes it is necessary to recreate the scenario in a lab environment. Careful control and monitoring under laboratory conditions can provide insights.

Lectromec’s laboratory is equipped with a variety of power conditioning stations and environmental chambers to sufficiently represent the most common aerospace environments.