A response to the TWA800 accident involving wire damage: SFAR-88

The SFAR88 requirements and related regulations (66 Fed. Reg. (May 7, 2001)) was the immediate FAA response to the TWA800 accident investigation involving wire damage. The investigation, conducted by the NTSB, indicated that the probable cause was a wire failure that resulted in additional energy being transferred to the fuel quantity indicating system (FQIS). This resulted in the ignition of fuel vapors and the loss of the aircraft.

This conclusion was strengthened by the subsequent investigation of similar aircraft. During this investigation, “[c]orrosion and damage to insulation on FQIS probe wiring was found on 6 out of 8 probes removed from one in-service airplane.” This presented an immediate concern, which led to an airworthiness directive (AD) being issued for certain Boeing 747 aircraft. The AD required the inspection and replacement of any damaged wiring collocated with the fuel pump wiring. 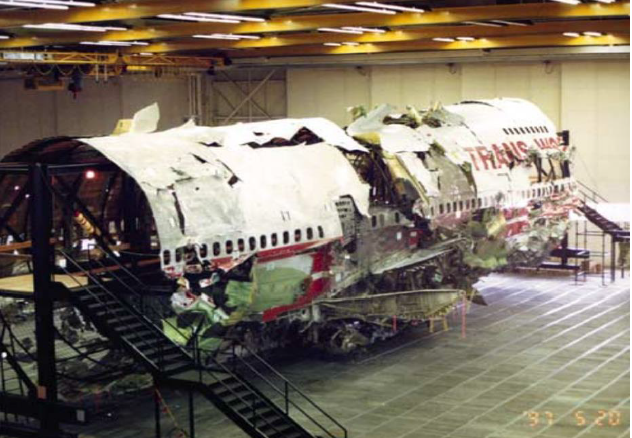 In addition, the NTSB’s report recommended to:

— Reduce heating of the fuel in the center wing fuel tanks on the existing fleet of transport airplanes,

— Reduce or eliminate operation with flammable vapors in the fuel tanks of new type certificated airplanes, and

— Reevaluate the fuel system design and maintenance practices on the fleet of transport airplanes.

To address this and other issues found with fuel tank systems, the FAA released the SFAR88 rules (later integrated into the EWIS regulations released a number of years later, as part of the aircraft certification efforts). An important aspect of these rules, was that they required for “wire installations that are co-routed with wires that may be powered, the physical separation and electrical shielding of FQIS wires to the maximum extent possible.”

It is important to understand that when an electrical arcing event takes place, it is possible for the arc to damage nearby objects, including other wiring. Depending on the wire configuration (number of wires, gauge, available power, etc.), the size of the area, and target wire insulation type, it is possible to damage the wire insulation even when the wires are separated by inches.