The SAE wire and cable committee held their fall 2019 meeting in San Diego this year. As with every committee meeting, a lot of technical areas were discussed, progress was made, and some new ideas/problems are emerged. As we do after all these meetings, we put together a highlight of some of the talking points from the meeting.

New wire standard in the works

There is a new wire standard under development in the SAE 8D committee; this is the first wire standard to be added to the AS22759 group in the last three years (back in 2016, the low fluorine wire specs were added). This new wire construction covers six different specs from AS22759/70 through /75. This family of wires includes common conductor types and plating with a PTFE insulation. While there are already wire specifications in the AS22759 family that are PTFE insulated, the new wire specs increase the performance requirements and raise the bar on several performance levels.

Some of the highlights of this new standard include:

An interesting element with the wire specs is that the voltage rating still shows a 600 Volt RMS at sea level. While the committee has been talking about high-voltage and the long-term voltage endurance of wires for several years now, the legacy 600V rating on the AS22759 wire constructions remains. 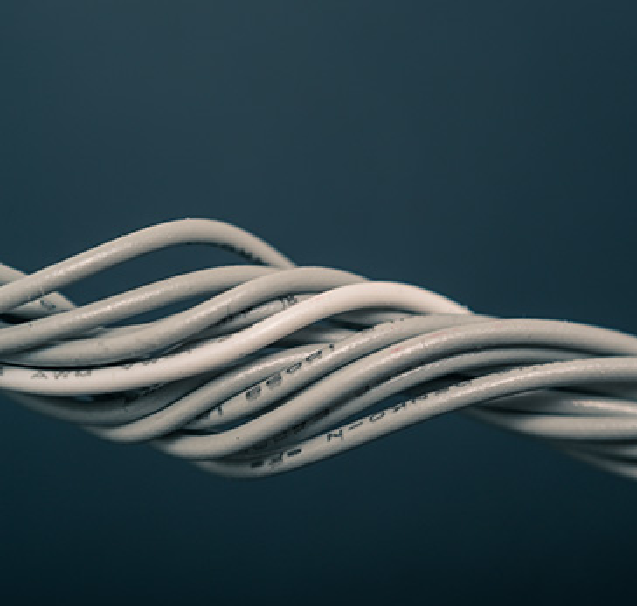 While most wires look the same on the outside, the differences between two wire types can be startling.

While most wires look the same on the outside, the differences between two wire types can be startling.

This continues to be a field of interest for the committee and for the industry as more vehicles are pushing the limits of high-voltage systems. When this was originally taken on by the AE-8D committee, the objective was to identify a method to determine the voltage rating for a given wire. As the industry has evolved and higher voltage applications have matured and are starting to be implemented in some vehicles, this task group has grown into something much larger.

The committee continues to gather data to help support the validity of the models being developed, but the progress has been slow. The hope is with some planned testing among the committee members over the next several months, additional data will be available to help move the committee forward.

Once every three years, the SAE AE-8 committees come together for the Aerospace Electrical Interconnects Systems Symposium. At this year’s symposium, the papers/presentations were:

In a couple of weeks, Lectromec will have an article discussing our presentation on “Non-Standard Standard Part Performance”. This presentation covered research performed by Lectromec into the variability of common QPL’d wire and some of the vast performance differences between these seemingly similar products. To be updated when the next article is released, signup at www.lectromec.com/newsletter.