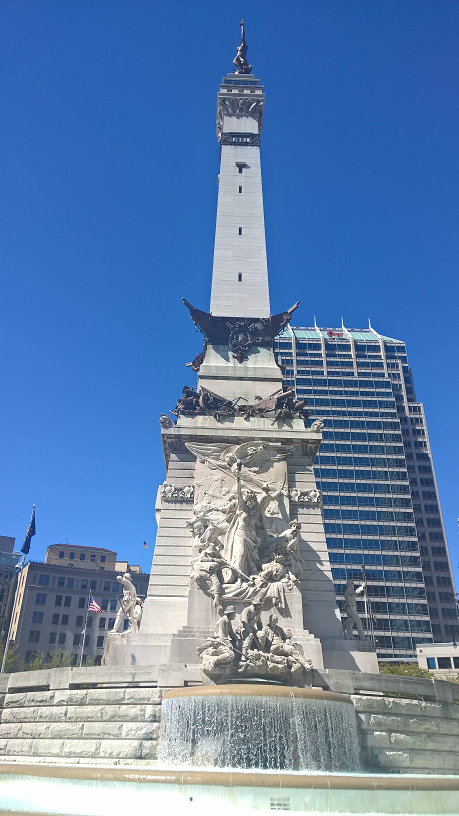 The latest SAE AE-8A and 8D meeting was held in Indianapolis, Indiana. Lectromec was there to keep up to date on the latest and greatest developments in aircraft wire.

The latest SAE AE-8A and 8D meeting was held in Indianapolis, Indiana. Lectromec was there to keep up to date on the latest and greatest developments in aircraft wire.

Indianapolis, Indiana was the perfect venue for last week’s SAE semi-annual wire and cable committee meeting (SAE AE-8A and 8D). After witnessing these committees’ meetings year after year, you can really appreciate the incremental improvements that have been made over time. Below are some of the updates from this meeting:

One issue that came up during the meeting was how to choose the temperature rating on terminals. Certified insulated terminals are below the rating of the wire with the maximum temperature at 150°C. However, some wires have ratings as high as 260°C – which is far in excess of the ratings for insulated terminals. Within the AS50881, there is some ambiguity as to how supporting devices (terminals, clamps, etc.) for wiring should be selected. For example, if the wire rating is 260°C and the operational environment is 100°C, what is the minimum necessary temperature rating for a wire terminal? The lack of a standard creates an incongruity with the wire ratings and creates some difficulty ensuring consistent design and usage. This means, one engineer might look at the operational environment and think that the temperature rating should be 100°C, while another engineer may look at the the same installed wire harness and say that the terminal should be as close as possible to the wire rating (260°C).

Another topic that came up at the SAE meeting was the use of Ultraviolet (UV) laser marking by wire manufacturers. Typically, the wire manufacturer’s ID code is placed on the wires using an ink process. These processes for applying the code are not the most reliable and can create smeared/unusable markings (these runs may need to be scraped).

Another issue brought up during the meeting was the impact on the aircraft industry by the Reduction of Hazardous Substances (RoHS) and the REACH initiatives. As discussed in previous reports, the reduction of materials identified as toxic is becoming more and more difficult for aerospace applications. One of the more recent difficulties that was discussed is how the percentages or RoHS materials are calculated. For example, to achieve the color red, a wire insulation will typically include chromium. Chromium, in terms of its weight in the wire composition, will likely be of less than 1% of the overall weight of the wire. Once the red wire is installed into an aircraft, it contributes to less than 1% of the overall aircraft weight. But the way the calculation and reporting of how much chromium is in the vehicle is a much more complicated issue.

Further, right now many countries, particularly in Europe, are inconsistently applying the reduction of hazardous material requirements. This inconsistency means that, in order to sell to the largest customer base, aircraft and product manufacturers must strive to meet the most stringent hazardous substance requirements.

The last issue discussed at the SAE meeting that merits attention, is the laser stripping of wires. A presentation provided a thorough description of the laser stripping process. Laser stripping works by focusing a high-powered laser around a wire, which cuts (melts) the insulation. The amount of energy necessary to cut through the material is based on the insulation’s thickness and type. For those wires that use a composite construction (such as a polyimide-PTFE layering), the PTFE layer requires less energy to melt than the polyimide layer. As such, the laser strength has to be set to melt through the polyimide layer. In practice, this causes a superficial charring of short length to the PTFE insulation layer. Definition of the acceptable insulation charring length still needs to be determined.