Frequently, Lectromec’s articles have focused on wire and cable testing from US-focused standards such as the SAE and US military (MIL) documents. While these are standards frequently cited, there are other standards organizations that support the aerospace wiring community.

Thankfully, many of the standards share a common base and, as is the case with many of the SAE standards, these have been harmonized with European standards. In this article, we will review some of the European wire/cable test standards, variation from similar test methods, and their availability in Lectromec’s lab.

Among the more common European test standards for aircraft wire is the EN3475 standard. While the methods outlined in AS4373 are in a single document, the EN3475 document splits each test method into an individual standard (for the purposes of this article, the EN3475 test standards will be considered as a single standard).

Overall, while there are some variances between the two test standards on how the tests are performed, they both share a very similar basis and deviate in minor areas.

For example, while the AS4373 method for scrape abrasion specifies a 500g load, the EN3475 method (method 503) leaves this parameter undefined and left to the individual specification sheet to specify the performance criteria. Frequently, when Lectromec encounters a test requirement without a clearly specified parameters, we look to similar test methods for guidance.

When examining the thermal tests, the variance between the two is often limited to the initial wire configuration (e.g. is the wire wrapped around a mandrel during heat aging or is it hung over a mandrel to form a “U” shape).

The following table shows a comparison between the AS4373 method and the EN3475.

A side-by-side comparison of EN3475 and AS4373 shows there are some parts of the EN3475 standard not covered in AS4373. Tests for basic wire evaluation are not part of AS4373. For example, the visual examination, mass, and dimensions are in EN3475 but not AS4373. Frequently, these basic wire evaluation tests are addressed as part of the individual wire/cable specifications such as in the base document for the AS22759 wire specification group.

Several tests not included within AS4373 but can be found in EN3475 are designed for signal cables. Tests such as the capacitance per unit length, velocity propagation, and attenuation are test methods that are found in documents outside of the AS4373, such as the AS6070 and NEMA 27500 standards. Specifically, the AS4373 method focuses on wire constructions and does not have methods to address the evaluation of cables.

This can create some issues when there is a need to perform a basic wire test on a cable construction. For example, consider the case of a standard USB cable (two power wires and two signal wires) and the need/desire to evaluate its performance in over-current conditions (the current to smoke test). A brute-force approach would be to place an overload current on each wire. While this would not be wrong, a practical system-level evaluation of the cable would suggest that any sort of current to smoke test would only need to be done on the two power carrying wires. When selecting the best test method for this assessment, either of the AS4373 and EN3475 test methods could be used with a slight modification to address this particular application. 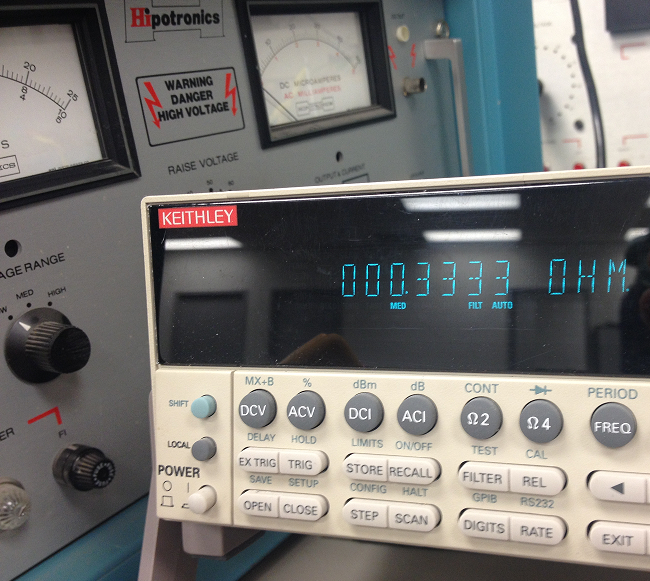 The variances between two similarly titled test methods can range from inconsequential to significant. It is not appropriate to assume they are the same.

The variances between two similarly titled test methods can range from inconsequential to significant. It is not appropriate to assume they are the same.

‘Similar’ Does Not Mean ‘The Same’

While these test standards share a common basis, there can be significant variations between the two and the successful performance under one should not be assumed for the other. One case on which Lectromec is frequently consulted is the performance of wet arc track resistance testing between the AS and the EN methods. Focusing exclusively on the wet arc track resistance test, the successful completion of the AS4373 test by no means is a guarantee for success in the EN3475 test method.

Lectromec has written separate articles discussing each of these test methods and some of the unique properties of each. At the core of it, there is more energy available and the greater potential for damage in the EN3475 test method; while the wire may have successfully completed the AS4373 test method, there is no certainty of its performance in the EN3475 assessment.

When considering which test method for wire/cable evaluation, the EN3475 test standards provide a thorough set for the evaluation methods for aerospace wires and cables. While many of Lectromec’s clients are based in the US, we serve the global community and, in 2018, about 30% of the tests performed in Lectromec’s lab were performance in accordance with non-US electrical component test standards.

If you have any questions about the testing process, parameters, or where to get the testing performed, we welcome you to consider Lectromec’s ISO 17025 accredited lab. We specialize in aerospace wire system component testing and look forward to helping you address your wire and cable testing needs.