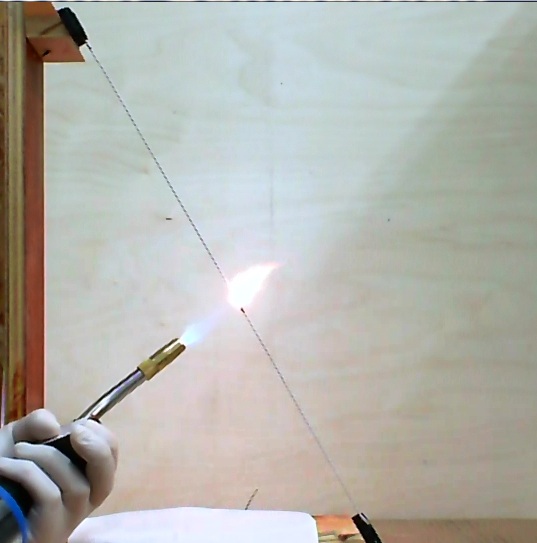 Among the multitude of new wire qualification tests is the wire flammability test for aircraft wiring. This test is designed to assess a wire insulation’s ability to:

An example of the 60Deg flame test can be seen in the figure to the right. In these tests, a sample wire is arranged so that it is held taught at a 60Deg angle from a horizontal position, with the hottest part of the flame engulfing the wire. Beneath the sample is a sheet of tissue paper. This is used to capture any debris that falls from the sample and to test whether the debris has sufficient energy to ignite the tissue paper.

The wire is exposed to the flame for 30 – 60 seconds (test dependent) and the results are measured. While this does seem to be an effective means of assessing the flammability of a wire insulation, there is more to insulation flammability than just applying a flame to a wire and measuring the burn length. Research performed by the FAA back in 2005 showed that by directly applying the flame to the virgin wire material it does not necessarily mean that the worst case scenario has been evaluated. An interesting figure is shown below on how polymers combust. In particular, polymers decomposition is dependent on a “large and continuous supply of thermal energy to evolve volatile molecules.” An important aspect to this is that, “the rate of fuel generation is the rate limiting step, and is governed by the net rates of heat and mass transfer to and from the surface.” 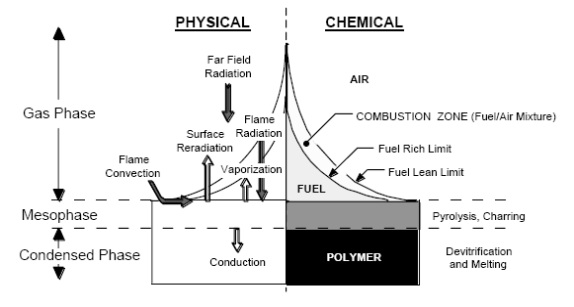 With this in mind, the FAA developed a wire flammability test that includes the pre-application of heat from a radiant heat panel to the test sample. This heat panel is placed above the sample and remains on for 60 seconds. Immediately after the 60 seconds is completed, a direct flame is applied for 3 seconds then removed. An example of the setup is shown in the figure below. 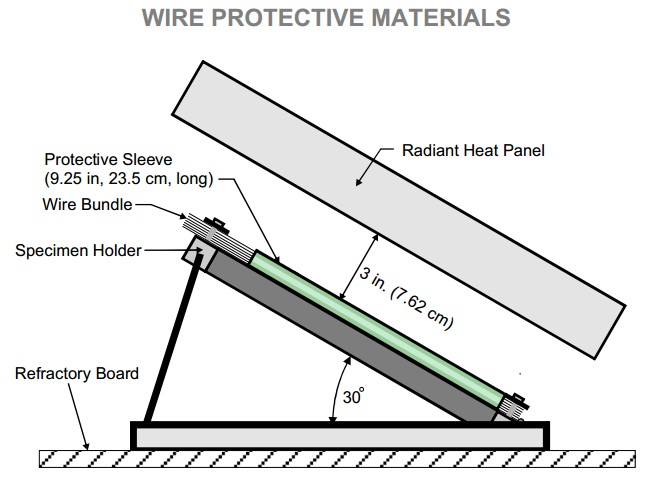 The sample configuration for this test is very general, making it is possible for the test to be applied to a variety of wire and cable types, as well as protective sleeving materials. Because there is a variety of flammability tests to assess materials, it is important to consider the application of your wire system and which one best represents the environmental and failure conditions in the area.