The following are the wire incidents reported in the FAA Wire Incidents Report July 2008 Advisory Circular 43-16A. 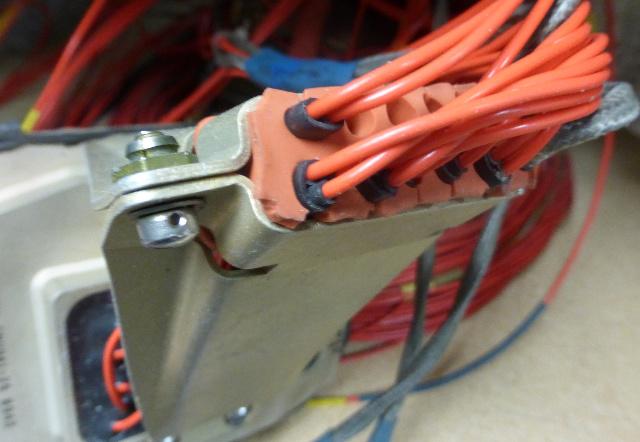 An operator found that during installation of mod sum 4-125401, finding the new harnesses PN.47201-1 three out of six harnesses pulled from stock were miss wired. On connector 3261-P32 pins a-b and d-e were wired reversed. Harnesses appropriately repaired IAW manufacturer provided data and returned to stock. To address this issue, service letter DH8-SL-32-014A advising of possible manufacturing faults was raised.

In cruise aft galley RT coffeemaker burned. All C/B’s were pulled. Halon fire extinguisher was used as a precautionary measure. C/B on coffee maker found popped. Found wires to pressure switch burned and disconnected. No other wiring damage on the coffee maker. Coffee maker replaced and routed to shop for repair.

AD2008-06-51 fuel injection servo plugs, servo plugs found loose upon inspection. Servo plug seals replaced with new as per the conversation with precision airmotive representative. Engine remanufacture date of Sept. 8, 2005 does not fall within the dates specified that are affected by the airworthiness directive. However, the servo plugs were loose. Right magneto p-lead wire broken. (TC NR 20080320005)

(CAN) during climb, the crew observed smoke in the cockpit and quickly noticed that the smoke was coming from the LT windshield electrical terminals. The windshield heating system was turned off and the smoke stopped. Decision was made to turn back and the aircraft landed without further incident. Line maintenance discovered that the LT windshield L1 terminal wire NR 3041-48B12C was burnt. The RT windshield terminals were inspected and the L2 terminal wire NR 3041-40A12NA was found with burnt marks. Both wires were replaced and the system tested.

Serviceable. The aircraft was released and a verification flight was conducted.  (TC NR 20080402001)