“The pitch-trim (was found to be) inoperative. (I) removed the right forward galley and the right forward partition. A wire bundle was found chafed behind the partition. I repaired three wires that were chafed (completely) through to the conductors. Clearance was provided between the wire bundle and the partition, and anti-chafe material was installed. At the time of the repair no other components had malfunctioned from the other two chafed wires.”

(can) coil to points wire worn through to strands due to rubbing on frame of distributor block.

(Can) after start MAG check performed and LT MAG failed. MX was notified and when MAG was looked at found that the breaker point wires had vibrated off. Wires repaired and reinstalled. 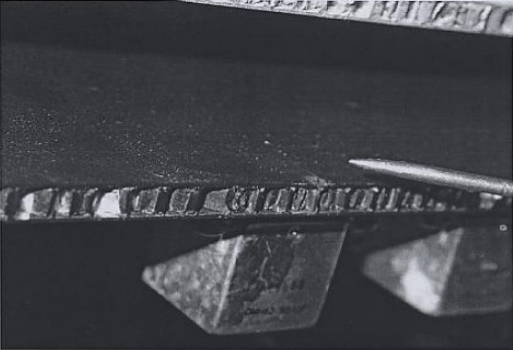 This is where one power wire chaffed against the fwd partition

This is where one power wire chaffed against the fwd partition

(Can) crew defect pilot windshield heat not working, troubleshoot to low heat relay, terminal a2 melted off the relay assy, damaging wires attached to the terminal approx 3 inches back the wire cover melted off. Relay was replaced and sys operates properly.

(CAN) during production of 4208 it was discovered that the center wing lower shroud RT drain holes were not present. A discrepancy was raised and cleared by drilling new holes in siter. Upon the delivery/acceptance flight, it was discovered that the aft coffee marker was unserviceable. A technical investigation revealed 6 of 9 (115 VAC) wires damaged. A repair was made JAW WDM 20-16-00. A SMS/SRS was raised.

Have had multiple failures, both in flight and during maintenance ground operations. Hours on failed alternators range from as low as 30 to a maximum of 220 hours time in service. The one common factor in all failures has been the discovery of loose hex head case bolts installed and safety wired by manufacturer. This problem is not restricted to one side only, both engines drive the same alternator with same part number.

(CAN) No pilot or copilot side tone on comm 1. Tech found the audio phone wire shorted by the shielding. Repaired and side tones were returned to normal.