A fundamental principle of wire analysis technologies has been the fact that wire insulations degrade over time. To this end, Lectromec developed the first generation of the Wire Insulation Degradation Analysis System (WIDAS) in the early 1990’s. The WIDAS targeted the particular needs of aircraft operators who needed a scientific basis for making fleet maintenance and/or rewire decisions. Proper application of WIDAS results have been shown to yield improved aircraft availability and an overall reduction in maintenance cost per unit life cycle.

Improvements in Lectromec’s data analysis and test performance techniques where combined into the release of WIDAS 2.0 in 2009. WIDAS 2.0 integrates the knowledge gathered from over 20 years of wire assessment. This, combined with new statistical analysis techniques makes WIDAS 2.0 analysis leaps and bounds more robust than its predecessor.

While WIDAS was did provide a much needed aircraft wire health assessment, there were some areas in which the system was lacking. These areas received particular attention during the research and development effort. 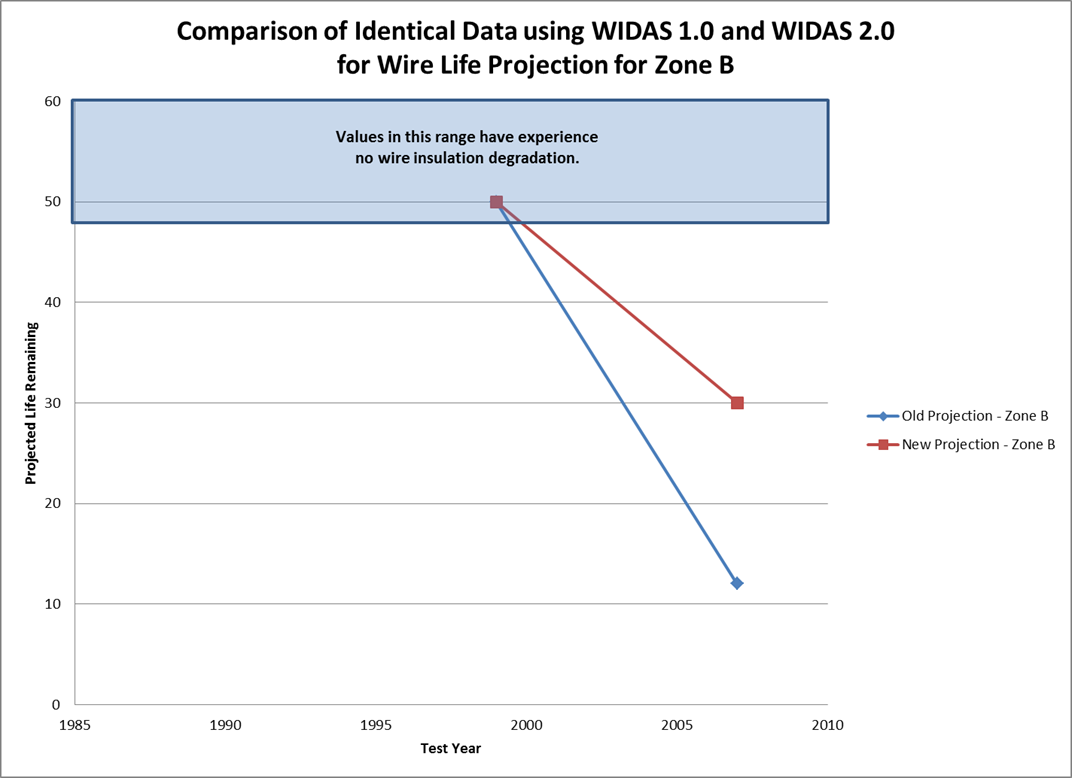 The statistical analysis was developed by Lectromec for the explicit purpose of wire degradation analysis. Not only does this define the current state of the aircraft wire system, but provides a significant improvement in the accuracy of the future life and risk of wire failure.

The results from WIDAS identify areas of an aircraft in which the wiring is degraded and should be replaced, degrading and should be replaced as a point in the future, or the wire is in good condition. Sometimes this information is enough to take actions. However, there are other cases where the probability of failure alone is not enough. The probability of failure must be combined with the consequence of failure. By combining these two, a full wire risk assessment can be performed on the target aircraft or fleet.

Lectromec has recently developed advanced technologies for combining the failure probabilities gathered from WIDAS investigations with its Electrical Wire Interconnect System Risk Assessment Tool (EWIS RAT). The results from this create a simplified coherent package that can be easily applied in the decision making process.