When systems fail, it is often necessary to identify the fault source in order to know where to assign the blame (legal), determine if a maintenance action is necessary (customer support), or improve a product (development). When it comes to aerospace incident investigation, it can be difficult to isolate the cause of faults occurring in-flight.

The NTSB’s Office of Research and Engineering has developed a presentation for the purpose of illustrating patterns and indicators of in-flight and post-crash fires on aircraft. Important for the EWIS community is that the presentation contains information linking EWIS failure directly to electrical fires. The signatures of electrical fires and fires from explosions are described verbally and through photographs of post-crash aircrafts along with their telltale signs of each. Of the examples used, all electrical fires were said to be wires damage by poor EWIS maintenance.

The following is a summary of a typical EWIS failure investigation.

Electrical fires are born when the wire diameter is reduced by being bent, rubbed, and/or pinched, thereby increasing the local resistance and increasing the temperature of the area. Depending on the attached equipment, this localized ‘hot spot’ may reach a safe equilibrium, but by no means should this be considered a safe condition. The NTSB reports that electrical fires can be caused by sharp bends in wires, eroded conductors, ripped or brittle insulation, and loose connections. Beeding on the broken ends of wires is also an indicator of a possible electrical fire (examples are shown below). 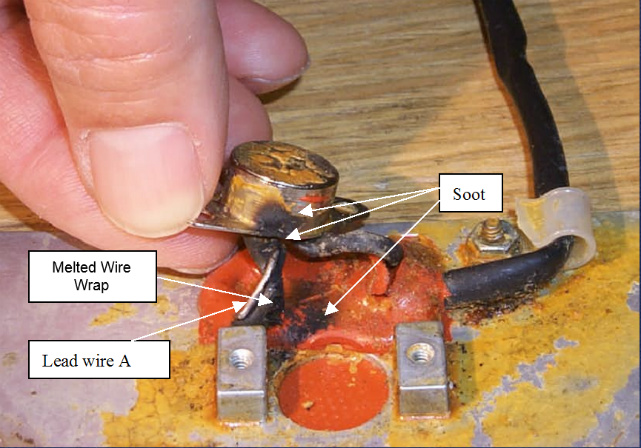 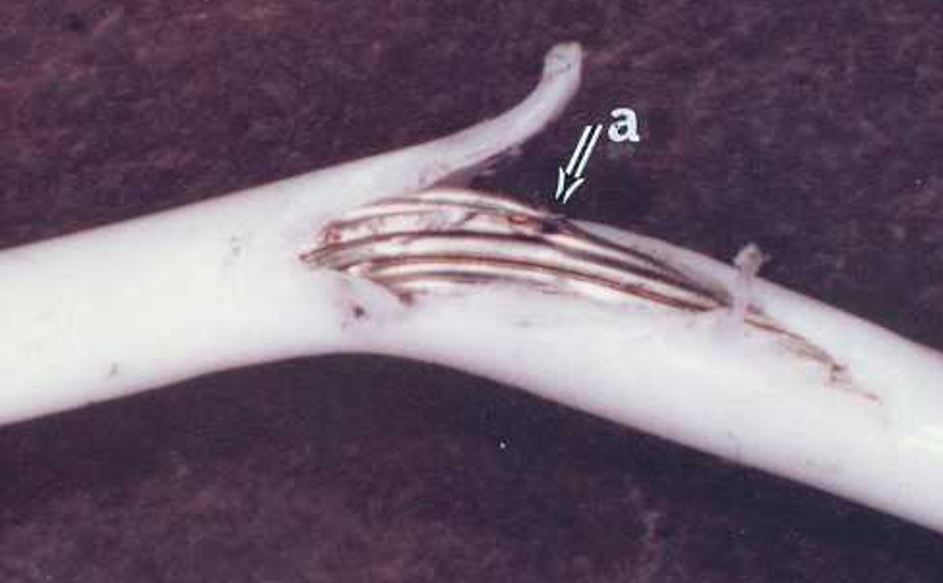 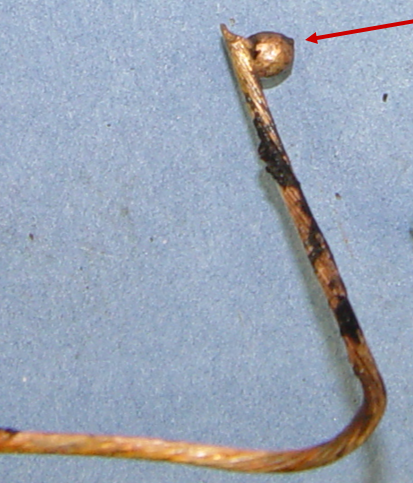 The NTSB presentation includes case studies about in-flight fires due to wire failures. One incident involved a Beech 58P aircraft and occurred when the pilot was conducting a test flight. The left engine burst into flames immediately after takeoff. During the post-incident aircraft inspection, engineers found an alternator wire and a pneumatic line towards the left wing’s trailing edge. An area of insulation was missing in the middle of the alternator wire; the surrounding alternator wire insulation was intact but charred and melted. The exposed conductor had areas where the tin coating was missing and the copper wire underneath was visible (the melting point of tin is 232°C). The NTSB’s investigation concluded that the wire had arced and melted the pneumatic tube causing a fire.

Another case study documented a Beech 36 crash in Oregon. During takeoff, the pilot heard a loud explosion and the airplane violently yawed to the left and off the runway where it crashed. The post-crash investigation found, near the right side of the aircraft, a wire harness that was installed incorrectly. This harness showed signs of chaffing and discoloration. Cut insulation was also found. The investigation also discovered a leak from the fuel bladder. The investigation report concluded that a wire in the damaged harness arced and ignited the fuel leak that caused the explosion.

As shown in the case studies above as well as many other well-known incidents, electrical fires can be incredibly deadly and result in loss of life and aircraft. When the aircraft is in takeoff, touchdown, or flight, a fire will always cause irreplaceable damage. If the aircraft is thousands of feet off the ground, lives are certainly lost. Damage to EWIS can dramatically impact an aircraft’s airworthiness. Regular EWIS inspection and maintenance is essential to prevent these horrible disasters from happening again. 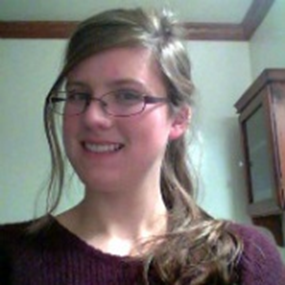 Emma is a full time engineering student at The George Washington University. She works at Lectromec as a junior engineer on a variety of projects including wire testing, aged platform assessment, and arc damage modeling.